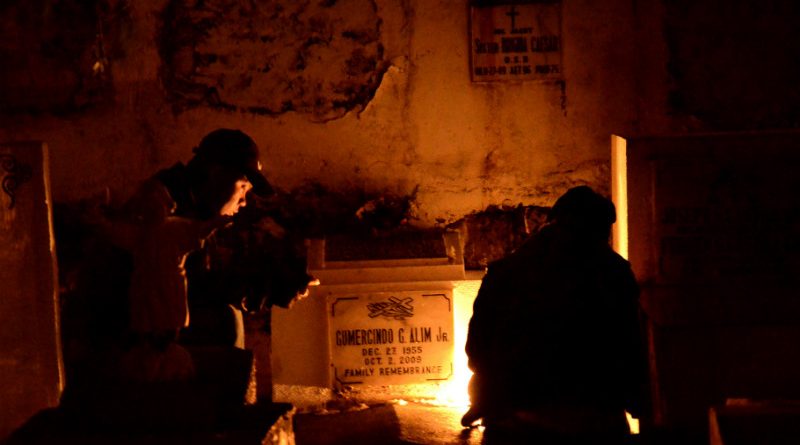 The City Council, during last Monday’s regular session, requested the City Environment and Parks Management Office (CEPMO) and the City Planning and Development Office (CPDO) to study the possibility of identifying a temporary burial site within the city because of the alleged congestion in the city’s public cemetery located along Naguilian Road.

In a resolution, city legislators stated that the purpose and intention of a temporary burial site is mostly needed during the occurrence of deadly disasters with numerous casualties that need to be buried for public health-related reasons, aside from those recovered cadavers and expired bodies of the mentally incapacitated that have no claimants but whose cadavers have already reached the point to be buried.

The council stipulated that even in a temporary burial site, burying the dead aside from evident health reasons, is also part of the culture of Filipinos where there is a need to put to rest the demised.

However, the body cited that proper labelling of the buried cadavers is required for future identification and claiming purposes, especially by those relatives who can prove their identities through various scientific means.

According to the resolution, the State highly values the dignity of every human person and guarantees full respect for human rights.

Republic Act 10121, or the Philippine Disaster Risk Reduction and Management Act of 2010, aims to provide maximum care, assistance and appropriate services to individuals and families affected by disasters that may happen anytime thereby posing a serious threat to life and limb.

At present, the city maintains its 9-hectare public cemetery to date and apart from being congested, the 70-year public cemetery has no designated area for temporary burial site pursuant to existing laws, rules and regulations.

The council explained that the city is on its way of becoming a Smart City and that its anatomy includes good governance, robust economy, smart living, creative people, smart mobility and smart environment.

The City Council explained that smart environment connotes proactive urban plans and innovative ways to preserve and protect both the people and the environment for the benefit of the future generations and all must be integral with each other with the aim of enhancing the quality of life within the city.

Moreover, Baguio being a melting pot and densely populated area is, by nature, becoming prone and highly exposed to all kinds of disaster at any time, and other social challenges the city is facing is the impact of in-migration with an increasing number of individuals with no specific addresses, most visible are those mentally incapacitated with no specific abode in the city or direct relatives living in the locality.

The approved resolution will be forwarded to the concerned local government offices for their information and immediate action.

By Dexter A. See
File photo by Joseph B. Manzano