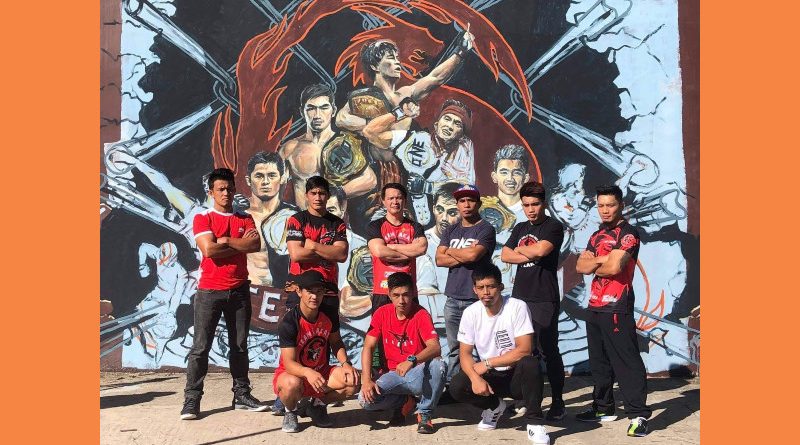 Team Lakay is chosen to headline ONE championship’s year and second ranked flyweight Danny “The King” Kingad leads the charge to close out 2021 for the promotion. The gym’s rising star is the second Next Gen fighter to be given a slot in the main event following Lito Adiwang’s headlining of ONE: NEXTGEN III very recently.

Kingad will finally square off against former ONE Flyweight World Champion and current #4-ranked flyweight contender Kairat “The Kazakh” Akhmetov in a bout that will serve as the main event of ONE: WINTER WARRIORS II, a recorded event at the Singapore Indoor Stadium in early December and airing across the world via tape delay on Friday, December 17, 2021.

The two were originally scheduled to meet in the semifinals of the 2019 ONE Flyweight World Grand Prix but Akhmetov was forced to withdraw from the tournament due to injury.

Multiple postponements followed in the months to come but the wait should be worth it as the fight hugs the limelight of this momentous event.

The winner is expected to have the first shot to challenge ONE Flyweight World Champion Adriano “Mikinho” Moraes at some point in 2022.

Kevin “The Silencer” Belingon, Stephen “The Sniper” Loman, and Jhanlo Mark “The Machine” Sangiao will all see action inside the Circle against separate opponents.

Belingon, currently the second ranked bantamweight will be looking to get back on the winning track in hopes of taking another shot at Bibiano Fernades’ title, takes on South Korea’s “Pretty Boy” Kwon Won Il.

The former undisputed ONE Bantamweight World Champion was last seen in action in October 2020, when he was stopped by hard-hitting Brazilian John Lineker.

He also lost twice in a row against Fernandes prior to Lineker.

“The Sniper” will go up against #3-ranked bantamweight Yusup Saadulaev.

Loman was the face of BRAVE until he decided to switch to ONE. He departed BRAVE with a 13-2 career fight record and the promotion’s only titleholder who defended his championship multiple times. He was undefeated in six bouts with the promotion since 2016 and his reign has been active for 1,177 days as of February 5, 2021, the longest in BRAVE’s history.

He almost has a real baptism of fire when he was penciled to face Lineker earlier this year but COVID-19 issues forced the cancellation of the bout.

If his pairing with Belingon succeeds, Team Lakay might have another golden opportunity the establish a stronghold in another ONE weight division after Adiwang and Joshua Pacio’s pretty well established presence in the straweight division.

This will be the first real test for the son of Team Lakay head coach Mark Sangiao. He should not be belittled though as his father’s gym full of world class fighters was virtually his second home. He should not have any problems when it comes to having the proper training and preparation for bouts like this.