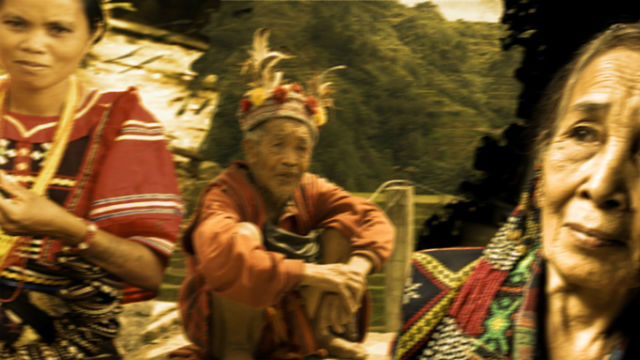 Bontoc – Board Member Tomas B. Tawagen will be serving his second term as the province’s Indigenous Peoples Mandatory Representative (IPMR) to the Sangguniang Panlalawigan of Mountain Province after being unanimously selected by the province’s elders at the Golden Farm Resort, Talubin last January 22, 2020.

It will be recalled that Tawagen was first selected as IPMR to the Sangguniang Panlalawigan on November 29, 2016 succeeding then IPMR Alfredo S. Ramon of Sabangan. Tawagen hails from Otucan, Bauko, Mountain Province and is also a former NCIP Provincial Officer of Mountain Province prior to his retirement in July 2014.

Per NCIP–Mountain Province’s guidelines, the selection of the provincial IPMR must be a result of a consensus among the 10 selected representatives (one per municipality) from the general assembly.  The general assembly of IPMRs is composed of five representatives (inclusive of the municipal IPMR) from each municipality in the province, thereby, having a total of 50 members.  In the latest selection, however, the 144 IPMRs all over the province participated and witnessed the selection process.

The process of selection is done through ‘consensus’ or by means of the customs or customary law. After a representative is nominated, other representatives are given time to express their support to a nominee. In the case of IPMR Tawagen, he became the lone nominee after being endorsed by Sagada IPMR Jaime Dugao, so that after the series of statements of support, an elder closed the process by declaring that the selection was done and that Tawagen won. As he was approved by everyone present, no one opposed and no one adversely commented, all the municipal IPMR’s raised Tawagen’s hand and proclaimed him as the winner.

According to NCIP-Mountain Province Provincial Legal Officer and Acting NCIP – CAR Legal Officer Atanacio D. Addog, the selection was set by the municipal and barangay IPMRs as Tawagen’s term actually expired in December 2019 and he has been acting on a holdover capacity since then.

Also, Atty. Addog said that IPMRs can only serve up to two terms under the new NCIP guidelines, i.e., NCIP Administrative Order No. 3 of 2018.

“On the term of office under the 2009 guidelines which we first utilized in the selection of IPMRs, they are allowed to serve for three consecutive terms. One term is equivalent to three years; but in 2018, the new IPMR guidelines was amended which we now call the NCIP Administrative Order No. 3, series of 2018 which took effect on March 1, 2019. So under the revised IPMR guidelines, the term of office of the IPMRs was amended so an IPMR can serve for two consecutive terms only if re-endorsed by the community,” he said.

Meanwhile, Provincial Officer Kalangeg oriented the gathered IPMR body on the legal basis of the IPMR and the national and local guidelines for the IPMR.  Also DILG–Mountain Province Provincial Director Anthony Manolo I. Ballug discussed the roles and responsibilities of the IPMRs, the DILG and the NCIP prior to the selection.

Among the functions of an IPMR mentioned by Kalangeg include: formulation of an IP agenda and the conduct of consultations among IPs; provision of assistance in the issuance of certificate of Ancestral Domain title to IPs; provide assistance in the formulation of the ADSPP (Ancestral Domain Sustainable and Protection Plan); and documentation of Indigenous Political Structure (IPS) which is the written recording of the knowledge passed down from the ato/dap-ay to the people.

As an example for the IPS documentation, Kalangeg cited what NCIP and the IPMRs are doing in coordination with DepEd.

“We provide this information through our IP Education programme of the DepEd, so the teachings of the ato will go directly to the schools,” Kalangeg said.

“Finally, the IPMR, of course, is the representative for the general interest of the IPs.  He/ She is there to stand for the IPs of the community where he comes from,” Kalangeg explained.

“For an IPMR to the Sangguniang Panlalawigan, we expect that he or she will really focus on the IP advocacy especially on those which will focus on the needs of indigenous people, especially community-based projects, program and activities. Although a provincial IPMR is functioning as a regular member of the provincial board, his projects programs and activities or his agenda will specifically focus on the indigenous people in the province,” Addog further explained.

This post has already been read 55 times!LA TRINIDAD, Benguet –  Benguet Caretaker Congressman and Anti-Crime and Terrorism through Community