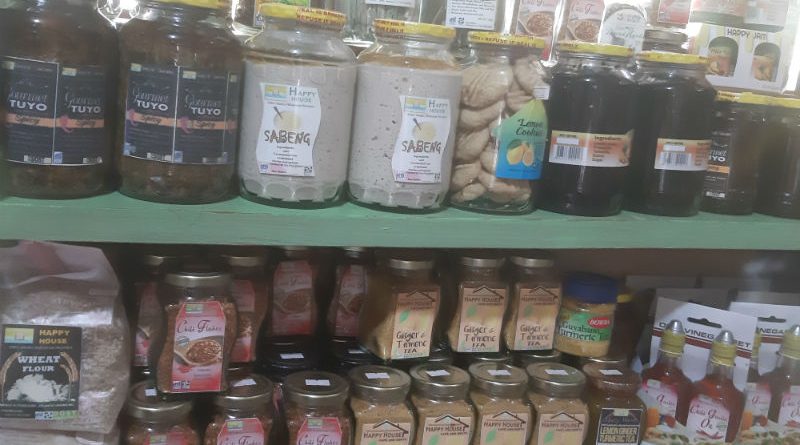 Bauko is one of the ten municipalities of Mountain Province. It is a fourth class municipality composed of 22 barangays characterised by rolling mountains and rugged terrain.

Agriculture is the primary source of livelihood in Bauko where they plant high value crops. Productivity is often times failing due to various factors brought about by natural and Man-made conditions. Among the natural conditions affecting agricultural production in the municipality is the inconsistent weather such as the prolonged dry season that causes crops to dry out and excessive rainfall that rots the crops while man made factors include over cultivation of the lands which leads to poor soil fertility. Both result to poor harvest or low level of income among farmers, which could not sustain decent living for their families.

To mitigate the effects of poor productivity among farmers, efforts have been carried out by the municipal government through the introduction of crop diversification, such as fruit cultivation, to help the farmers have alternative source of income.

The idea of Tamarillo Production was then considered to ease the situation of poor vegetable production and increase the income of farmers, including person with disabilities (PWD), solo parents, women, senior citizens and indigenous peoples, while ensuring sufficient fruit supply in the municipality.

The locals in the municipality call the tamarillo “dulce”.  It has been observed that this fruit can easily grow on any type of soil. Tamarillo is viable for cultivation and known to be the most neglected enduring fruit that does not require technological inputs and does not require excessive amount of capital. Due to its topographical location and climate, Bauko is well suited to tamarillo production.

The municipality was assisted in this tamarillo production project through the cash for work (CFW) program under the Risk Resiliency Program (RRP) on Climate Change and Disaster Risk Reduction (CCAM-DRR) of the Department of Social Welfare and Development (DSWD)..

The CFW is a program directly implemented by the LGU through a project proposal approved by the DSWD-CAR. The proposed project is then evaluated using a set criteria in relation to environment protection, food security, climate change mitigation, and disaster risk reduction. Once the proposal is approved, the LGU will conduct awareness campaign to the identified eligible beneficiaries before implementing the approved project. Eligible beneficiaries include families or individuals who are considered vulnerable or at risk and are victims of calamities or disasters.

On September 2018 selected beneficiaries from various sectoral groups of the 7 barangays of Bauko implemented the tamarillo production which aims to help them engage into crop variation to get them away from traditional farming that uses too much farm inputs.

The participants had been granted the amount of Two Hundred Twenty Five Thousand Pesos (PhP 225,000.00), with each beneficiary receiving an amount of PhP 2,250.

The DSWD uses the appropriate minimum wage rate set by the Department of Labor and Employment as reference in computing the actual rate of assistance to minimize market distortion, target the most economically disadvantaged individuals, ensure that the cash-for-work projects will not entice people away from their regular livelihood activities, and capture wage variations in the area.

However, most of the planted cuttings died due to consecutive disasters that affected the municipality, but the recipients recovered damaged crops by planting new tamarillo cuttings and drying some seed of ripe tamarillo for germination of new seedlings.

According to Julie Pawid, 49 yrs. old recipient from Barangay Leseb, aside from receiving the cash for work assistance amounting to 2,250, they also will continue the production as part of their commitment in the sustainability of the project.

“We are glad with the support given by the LGU-Bauko and DSWD-CAR in helping us to make tamarillo production project possible”. Pawid added,

Pawid also mentioned that she is not fond of eating tamarillo because of its bloodlike juice. However, she gained interest when she learned that tamarillo has good benefit to the body and environment.

“During the seminar, I learned that tamarillo is good for the health. Its fruits and leaves help control the bad gases in the environment that is why we planted and decided to reproduce this kind of crop,” Pawid said.

Meanwhile, Eulalia Camyas, 60 yrs. old also from Leseb, revealed that tamarillo fruit is an alternative food for her children when they go to school in lieu of junk foods.

The potential of tamarillo production in Bauko brings employment to sectors as additional income while contributing to food security among disadvantaged communities of Bauko.

Aside from its health benefits, the fruit is seen to help increase the income of farmers it has already existing in the markets of the municipality.

Jonalyn Sawac, 32 yrs. old, from Barangay Sinto was able to sell 5 kilos of tamarillo fruit to Happy House Café at Sinto, Bauko for an amount of 20 pesos per kilo compared to rice farmers who get only 12 pesos per kilo for their.

Sawac added if Typhoon “Ompong” and “Rosita” did not damage their crops, there would have been a bigger harvest which can reach 20kgs or more.

“We also tried to sell the fruits in Bontoc public market but it seems that the public is not aware of the fruit leading to none of them buying the fruit” she added.

Tamarillo fruit was also processed into wine just like the “tapey” or rice wine produced in the province and jam used as sandwich spread.

Brenda Laos, 33 yrs. old cashier of Happy House Café of Barangay Sinto, said they tried to process tamarillo fruit into jam and they sold most of their production. One kilogram of ripe tamarillo fruit can produce 10 bottles of jam sold at 90 pesos per bottle.

But the project also had its bittersweet moments. Since the release of payments through cash advance was based on the aggregated good projects submitted by the municipalities in the region, there were delays in payment. But through strong partnership with the local governments, the situation was explained to the recipients that the payment is just one of the benefits in joining the program and what matters most is that they were able to bridge the gap between environmental conservation and environmental protection through CCAM cash for work efforts.

Despite the challenges, the project was chosen to be presented in the Climate Change Partnership forum held on 11 October 2019. For now, the project is still existing and the LGU plans to expand the project this 2020 still through the Cash for  Work program of the DSWD.

By Jerome Padilla and Nerizza Faye G. Villanueva
The tamarillo jam has become one of the pasalubong fromthe municipality as these are already being sold in various shops in the locality