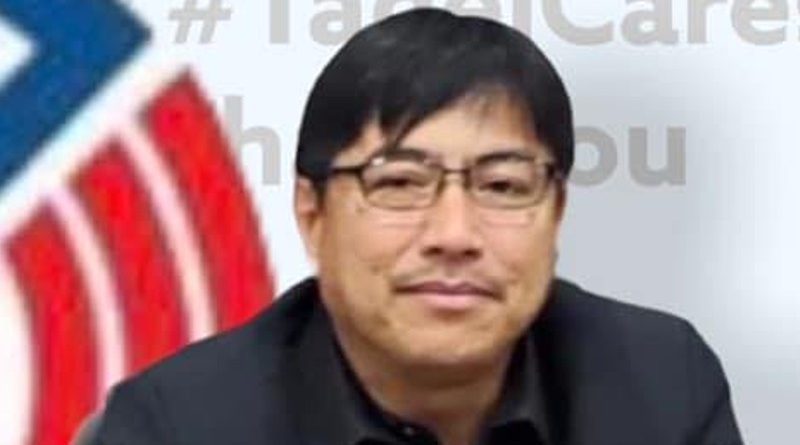 LA TRINIDAD, Benguet May 13 – Vice Governor-elect Ericson ‘Tagel’ L. Felipe vowed to introduce the appropriate reforms in the overall administration, management and operation of the provincial board that will help in making the local legislative body proactive in the crafting of policies that will be beneficial to the people.

Felipe, who was recently proclaimed by the provincial board of canvassers as the province’s new vice governor after beating incumbent Vice Governor Johnny Waguis and 3term boardmember Jim Botiwey during the May 9, 2022 synchronized national and local elections, stated that one of the major reforms that he will introduce will be the codification of all legislations that will be used to establish the e-library that will allow the public to have easier access to the existing legislative measures that concerns the upliftment of their welfare.

He added that the Office of the Vice Governor will also be initiating various activities that will help in empowering officials and employees of the provincial government to enhance their spiritual well being through series of values formation endeavors that will contribute in further improving their dealings with the people.

The vice governor-elect pointed out that the provincial board must be focused in the crafting of policies that will be beneficial to the people and not for any other else so that their time, efforts and resources will be concentrated in the legislative process.

According to him, the identification of projects that will be funded by the province’s 20 percent development fund lies with the executive department and that the role of the provincial board is simply to deliberate on the list of priority projects that will be submitted if the same had complied with the prescribed guidelines for the said purpose.

Felipe underscored that it is high time that such practice must be corrected and that whatever requests for funding of priority projects should always be referred to the executive department for consideration because the same must pass through the prescribed processes before being submitted to the provincial board for further deliberation prior to being approved for implementation.

The incoming provincial official urged the members of the provincial board not to use the body as a venue for horse trading so that the process of legislation will not be tainted with doubt from the public and that whatever initiatives to provide funds for the so-called priority projects should already be ironed out by the executive department to prevent unnecessary delays in the approval of the same.

Felipe stipulated that the board will also enhance partnerships with various stakeholders to ensure that whatever issues and concerns that needs legislative action will be immediately acted upon for the benefit of the affected sectors.

Felipe was the former Sangguniang Kabataan Federation (SKF) president of Tublay before being elected as a 2-term councilor of the said municipality and eventually appointed as a legislative officer under the office of former Rep. Ronald M. Cosalan. Before entering the political scene, he was the proprietor and owner of Tagel Construction which is based in Tublay town but has numerous projects inside and outside Benguet over the past several years.