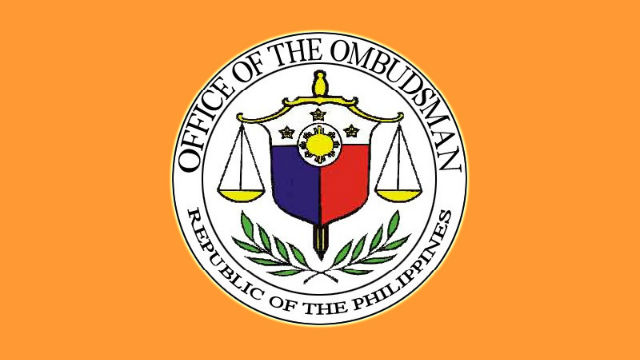 TABUKI CITY, Kalinga – The Office of the Ombudsman ordered the suspension from public service of Vice Mayor Bernard Glenn Dao-as for one year after finding substantial evidence to indict him administratively liable for conduct prejudicial to the best interest of the service.

In a 12-page decision penned by Graft Investigation and Prosecution Officer II Maria Luisa Villanueva that was approved by Ombudsman Samuel Martires, it stated that in the event that the penalty of suspension can no longer be enforced against Vice Mayor Dao-as due to his separation from the service, the same shall be converted into fine in the amount equivalent to his salaries for 6 months all payable to the Office of the Ombudsman and may be deductible from his retirement benefits, accrued leave credits or any receivables from his office.

The Ombudsman directed the Interior and Local government Secretary to implement the aforesaid decision immediately upon receipt pursuant to existing rules and regulations.

The case stemmed from a compliant of conduct prejudicial to the best interest of the service and grave misconduct filed on October 31, 2019 by Jude Clint Dirige Escario against Vice Mayor Dao-as, both in his capacity as the punong barangay off Appas, Tabuk City and as vice mayor.

The issue involved was the action take by the latter on the parcel of land in barangay Appas with an area of 50,001 square meters where he and the other co-owners of the property met with the said official on November 28, 2016 when he was still the punong barangay of Appas to negotiate a sale of their respective undivided interest over the land but no sale materialized for lack of agreement on the purchase price.

However, the complainant came to know that prior to the said meeting, Dao-as, on December 29, 2014, already entered into a deed of transfer of rights and possession or deed of transfer with Arthur, one of the legal heirs involving the entire property for a consideration of P7.2 million, in conspiracy with Arthur, he was allegedly able to process a subdivision plan with the Department of Environment and Natural Resources but was nevertheless cancelled for having been processed without the knowledge and consent of most of the co-owners, and using the said cancelled document, he and Arthur entered into an undated deed of absolute sale of a parcel of land covering 6,250 square meters of the property for a consideration of P6 million in stark contrast to the P7.2 million consideration for the entire property.

The complainant alleged that the subsequent acts of Vice Mayor Dao-as deprived the co-owners possession of their property without their consent, he allegedly forcibly entered and took possession of the entire property and backfilled almost 1 hectare portion of the land with sand and gravel even as the property is an irrigated agricultural rice land, hence, his act of backfilling the same with sand and gravel without the necessary clearance from the Department of Agrarian Reform (DAR) and Department of Agriculture (DA) illegally converted or changed the use of the land and that his act of installing  a concrete perimeter fence and a commercial building on the southwestern most portion of the land deprived the other co-owners entry to the other portions of the land.

According to the complainant, despite the protests he and the other heirs filed some time in 2017 with the City Mayor’s Office and City Building Officer, the lack of the necessary building and occupancy permits, Dao-as was able to complete the construction of the commercial building early in 2019 and used the same for his business and even for his thanksgiving party when he won as vice mayor.

In his counter-affidavit, Vice Mayor Dao-as denied the aforesaid allegations and argued that the complainant bears the burden of proving his claims by substantial evidence. He adopted his answer in the criminal case as his defense.

He admitted the existence of the title in favor of the heirs of spouses Modesto and Damiana Dirige and the complainant being one of the heirs and the meeting held in Baguio City held on November 28, 2016.

Vice Mayor Dao-as claimed that the deed of transfer was executed in his favor for a consideration of P7.2 million to transfer Arthur’s rights of administration and possession over the said property to help the latter deal with the illegal settlers occupying the same. On the other hand, the deed of sale involves Arthur’s share in the property which he purchased for a consideration of P6 million, a significant amount, since the same is the portion fronting the provincial road.

Further, he stipulated that the backfilling of the land was upon Arthur’s behest although lands along the provincial road from Tuguegarao City, Cagayan to Tabuk City were all irrigated agriculture lands, the same were converted to residential and commercial areas when Tabuk became a city in 2007, thus, complaints should have been filed against the commercial establishments along the provincial road.

He contended that none of the co-owners was prevented from entering the property and that the delayed issuance of the building and occupancy permits of his commercial building should be attributed to the engineer or architect responsible for the same.

The Ombudsman pointed out that it bears emphasis that the acts complained of involve the private transactions of the vice mayor as buyer or a portion of the property and his subsequent construction of a commercial building and for lack of showing that the acts were committed in the discharge of his official duties, there is no substantial evidence to hold him administratively liable for grave misconduct.

However, the Ombudsman cited that there is substantial evidence to hold Vice Mayor Dao-as administratively liable for conduct prejudicial to the best interest of the service which constitutes misconduct of such proportion that greatly affects public service and that said offense need not be related or connected to the public officer’s official functions and the penalty may be meted on the earing public officer for as long as his conduct tarnish the image and integrity of his office.

While the acts complained of involve the private transactions of the vice mayor, the decision argued that the manner by which he committed the same and how he treated the allegations against him leave much to be desired.

The decision asserted that it is clear from his assertions that the subdivision plan was approved on September 10, 2015 without the consent of the co-owners, yet he insists that there was consent given, thus, his claim that the attached affidavit of conformity was the basis for the approval of the plan and the same is like putting the cart before the horse, hence, cannot be given credence.

The same is true with the commencement of the construction of his commercial building without the necessary building permit and conducting his business in the said building without the necessary certificate of occupancy, thus, his acts cannot be countenance and his claim that it is a practice in the city to allow the same pending applications is an unacceptable and speaks so much of the brand of public service he displays. By HENT

This post has already been read 1731 times!Winners of the 2021 Productivity Olympics were announced during the First Ever Virtual