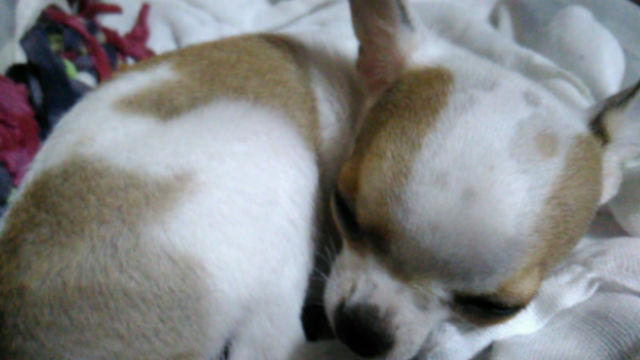 The City Veterinary Office is appealing for the cooperation of the public and the barangay local government units in the implementation of the Rabies and Stray Dog Control Ordinance of this city.

Tabuk City Veterinary Officer, Dr. Fermin Quinto, said that except for Lacnog West, all other barangays in the city have their localized ordinance adopting the existing city ordinance to ensure that all pet and dogs are registered, immunized and contained. This is to prevent the spread of rabies and prevent stray dogs from roaming in the communities causing harm.

Personnel of the CVO, according to Dr. Quinto had been going to the barangays conducting information education drives and medical mission to encourage the people to participate and have their animals checked and registered.

However, several pet owners still refused or failed to register or have their dogs vaccinated.

Barangays Casigayan and Magsaysay tried to implement their barangay ordinances, but stopped due to limited funds.

According to Quinto, when the barangays started impounding stray animals, some owners failed to claim their dogs because most of these dogs are unregistered and the owners unknown, the animals were left under the care of the barangay. Some of the dogs were later traced to have come from nearby barangays.

Meanwhile, in a meeting with Punong Barangay George Esteras, he said that they have caught at least three stray dogs last Monday. Owners are given at least three days to claim else the dogs will be put up for adoption.

He however expressed hope that people are finally appreciating their effort having observed that owners are already keeping their dogs leashed since they made the rounds this week.

Bulanao Norte Punong Barangay Atty. Henry Tubban Jr. has also initiated an information drive this week against stray dogs to warn owners that they will be impounding any caught unleashed and unsupervised on the streets.

Penalties will be collected from pet owners based on the barangay ordinance.

Dr. Quinto also underscored that a pet owner’s negligence could result to perilous consequences, citing how a lone rabid dog could single-handedly harm a community considering how it could infect other healthy dogs and put human lives in danger once bitten by an infected canine.

He then appealed to all barangay officials to lead in advocating responsible pet ownership and to encourage their constituents to register their dogs for monitoring and government service delivery purposes.

“There is no reason that a responsible pet owner will refuse to comply considering that everything is free, to include registration, the provision of vaccines, consultation and treatments,” Quinto said.

City ordinance No. 4 series of 2009, or the ‘Rabies and Stray Dog Control Ordinance Base of the City of Tabuk’ states that owners must at all times maintain control of their dogs and not allow them to roam the streets unleashed and without their supervision.

They are also obliged to ensure that their pets are properly groomed, provided with adequate food and clean shelter.

In case of dog bites, the incident must be reported within 24 hours to the veterinary office for proper treatment. The dog owner will shoulder the medical expenses incurred relative to the victim’s injury.

The ordinance, which was authored by former Councilor Dr. Alma Sandra Uyam-Mejia, further mandated the provision of the needed facilities, provided the policies and   programs to be implemented with the City Rabies Prevention and Control Task Force as overseer in its implementation.

Aside from the mandated annual rabies vaccination starting at three months old and registration, the ordinance prohibited the use of ‘tandok’ as treatment method for dog bites. Instead, dog bite victims must be immediately brought to a health center for proper treatment.

The ordinance likewise mandated the need to control dog population to eradicate rabies and minimize the number of unwanted or stray dogs roaming the city’s streets. Aside from information campaigns, veterinary services have also included neuter or spay services.

Pet owners who fail or refuse to have their dogs registered and immunized against rabies shall be fined  P2,000.00 and shall be held liable to pay the vaccination of both the dog and the human victim.

Pet owners who refuse to have their dog put under observation after it bit a person and refuse to shoulder the medical expenses of the dog bite victim will be meted a fine of P5000.00

To ensure proper medical treatment of dog bite victims, a person found guilty of administering tandok to a victim shall be fined not less than P2,000.00.

Pet owners who refuse to put a leash on their dogs when they are brought outside the house shall be meted a fine of P500.00 for each incident.

Since eating dog meat is prohibited by law, any individual found guilty of trading dog for meat shall be fined not less than P5,000.00 per act and subjected to imprisonment for 1 to 4 years.

This post has already been read 821 times!  Former Sen. Ferdinand ‘Bongbong’ Marcos, Jr. on Monday asked the government to