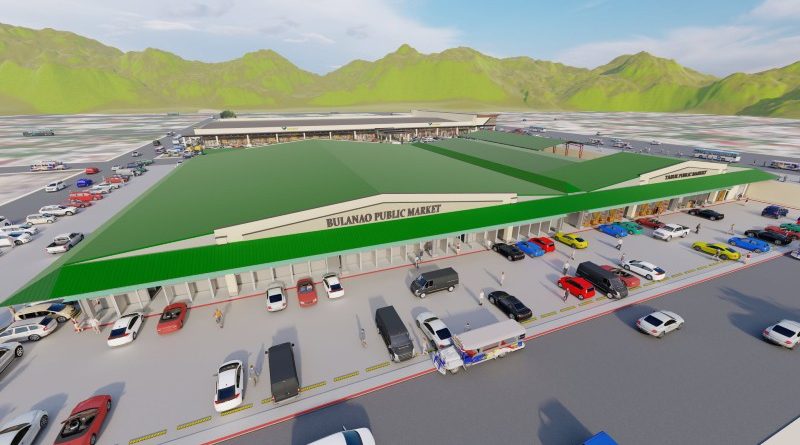 TABUK CITY, Kalinga – Local businessmen underscored that the city government will gain from investments from the developer of the city’s public market.

Sources, who opted to remain anonymous for various reasons, pointed out that the provisions of the Local Government Code and the jurisprudence being used as a basis of the critics of the project to mislead people on the benefits of the implementation of the modernization of the city’s public market is misplaced and cannot hold ground as the facts are totally different from the present situation in the city.

The source explained that the Local Government Code is the handbook of local governments that outlines the governing rules and regulations that should be enforced in their respective areas of jurisdiction, including the exemption from the payment of real property taxes on the properties owned by the local governments, thus, the city hall and other buildings that are being used are not actually assessed the said taxes.

While Section 234 of the Code provides the details on the exemptions on the payment of real property taxes, except for beneficial use thereof, the source argued that the same applies to the properties of the national government and other political subdivisions that are located within the jurisdiction of the concerned local government and that the local governments are exempted from the coverage of the said provision.

Further, he explained that the contention of the critics of the project that there is a jurisprudence governing the same, such as in the case of the Manila International Airport Authority (MIAA) and the National Power Corporation (NPC), is not applicable in the current situation of the city in relation to the proposed development of the public market.

According to him, in the said case, the cities of Pasay and Paranaque were compelled to assess the MIAA property of the real property taxes because it was leased to NPC being the beneficial user, thus, the only way for the local governments to derive income from the leased property of the national government is to assess the corresponding real property taxes based on their respective ordinances.

However, the source stated that in the case of the development of the city market, the property is owned by the city which is already free from being assessed real property taxes.

By imposing and assessing real property taxes on the developer, the source asserted that the same will be subsequently passed on to the tenants which will surely result to a significant increase in the rentals of the stalls. Further, the same will translate to increase prices of the goods sold as the tenants will pass on the added cost to customers..

He disclosed that under the present scheme, the market vendors are not paying for the real property taxes of their improvements in the market facility but only the business taxes for their continued operations in the city-owned facility.

The source stipulated that it is illogical for a local government to tax itself considering that the improvements on the land that will be introduced by the developer will be eventually owned by the city upon the expiration of the lease period.

The property will remain idle, he revealed, if there will be no developer interested to develop it if excessive taxes will be imposed on the project, which will be lost income to the city government.

The source revealed that the members of the city council were right from the start in confirming the contract between the city government and XRC Mall Developers, Inc. for the improvement of the city’s public market for the convenience of the customers, generation of more jobs for the people of Tabuk, increased economic activities and sources of livelihood, among others benefits, that will have a long-term effect in sustaining the city’s growth and development into the future regional center of the Cordillera. By HENT

This post has already been read 2471 times!The city identified some twelve priority investment areas that are expected to contribute in efforts