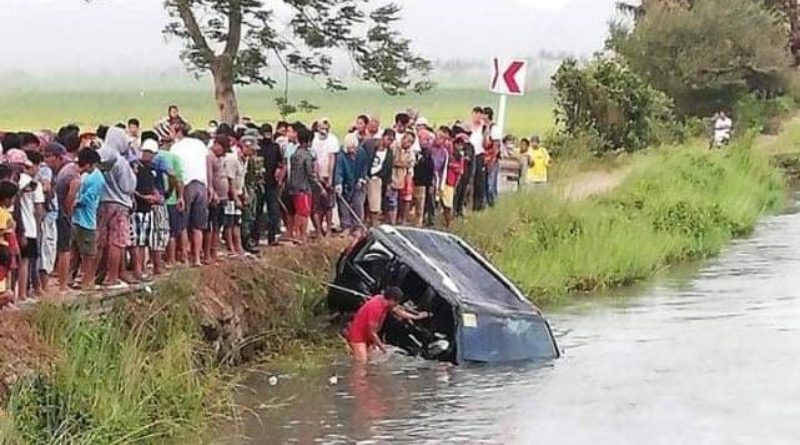 TABUK CITY, Kalinga– The city government recently distributed financial assistance to the families of the victims of the tragic vehicular accident that transpired along the irrigation canal at Bulo that caused the death of thirteen people, including seven children and injuring two others early Sunday evening.

Mayor Darwin C. Estrañero reported that the families of the 13 fatalities will be receiving P10,000 and a cavan of rice each while the injured victims will be getting P5,000 each as financial assistance.

He added that the financial assistance of the 5 accident victims who were brought home to their hometown in Tadian, Mountain Province will be delivered to their families by personnel of the city government the soonest.

“We would like to express our deepest condolences to the bereaved families of the accident victims. We are saddened on the occurrence of the incident. We hope this will serve as an eye opener for concerned government agencies to institute the appropriate measures to prevent the similar incidents in the future,” Mayor Estrañero stressed.

Aside from the aforesaid assistance, the families of the accident victims were also given P5,000 each from the provincial government.

Further, through the traditional ‘achang’ of the Kalingas, otherwise known as ‘binnadang’ in other parts of the Cordillera, residents  and barangay officials of Bulo led by punong barangay Francisco Agwayas raise some P30,000 and 19 cavans of rice distributed equally among the families of the accident victims.

Initial police investigation showed that the SUV driven by Agtulao, a personnel of the Bureau of Jail Management and Penology (BJMP) based in Bontoc, Mountain Province and a native of Kagubatan, Tadian, Mountain Province was heading towards the Bulo lake when it accidentally fell into the irrigation canal and submerged into the water.

Probers theorized that the cause of the accident might have been alleged miscalculation aside from the fact that the SUV had been reportedly overloaded as reflected by the number of fatalities and survivors of the same.