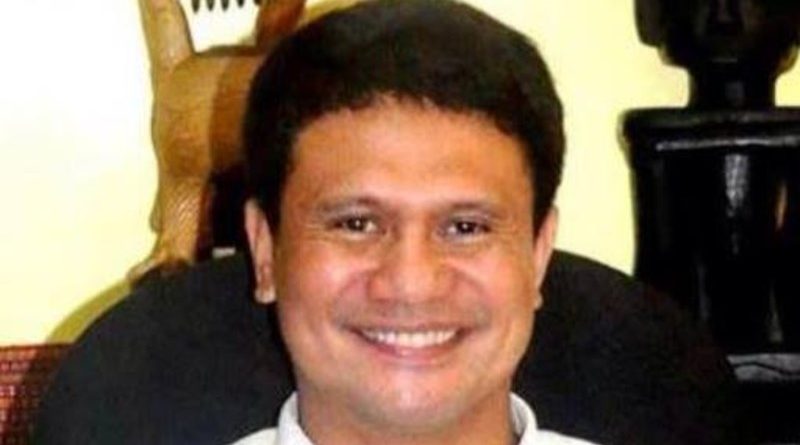 TABUK CITY, Kalinga – Majority of the city’s electorate gave Mayor Darwin C. Estran֮ero a fresh mandate to serve his second term as the local chief executive during the recently concluded May 9, 2022 synchronized national and local elections.

Estran֮ero, spearheaded the city’s robust growth amidst the Coronavirus Disease 2019 (COVID-19) pandemic, was proclaimed by the city board of canvassers as the city’s re-elected  mayor after garnering 24,718 votes way ahead of his closest rival Vice Mayor Bernard Glenn Daoas who got 18,038 votes and the 16,079 votes received by Macario Balanggao, Jr. as well as the 102 votes casted for Josephine Odsey, who earlier withdrew from the city’s mayoralty race.

“We are grateful to the people of Tabuk for giving us a fresh mandate to serve them and pursue the city’s growth and development. We still have a lot of unfinished business that we have to pursue during our next term for our city to be elevated to greater heights,” Mayor Estra֮nero stressed.

He was instrumental in the put up of the first local government-funded molecular laboratory that paved the way for the timely release of reverse transcription polymerase chain reaction (RT-PCR) test results for suspected and confirmed COVID-19 cases and a 100-bed zone-type isolation facility that allowed the local government to effectively and efficiently handle the previous surge in cases triggered by the Delta and Omicron variants.

The local chief executive vowed to pursue existing high impact development projects like the ongoing upgrading and improvement of the city public market, the proposed put up of a local government-operated hospital, the put up of s solar farm and to entice more investors to establish their businesses in the city to  generate more jobs for the residents and enhance other economic activities and sources of livelihood of the people.

He pointed out that Tabuk has great potentials of becoming one of the well-developed local governments in the north because of the vast tracks of land that could be developed into industrial zones without compromising its existing identity as the rice granary of the Cordillera where it plays host to more than 10,000 hectares of rice farms.

According to him, the significant increase in investments in the different parts of the city will definitely contribute in the efforts of concerned government agencies and the local government to increase the availability of existing jobs for the people to be able to recover from the heavy impact inflicted by the ongoing pandemic after having been displaced from their work and other economic activities over the past 2 years.

Tabuk is being roomed by the Regional Development Council (RDC) in the Cordillera as the future growth center in the region with the initial establishment of the Eastern Kalinga Growth Center which is projected to jumpstart the city’s development.

For the city’s vice mayoralty post, lawyer Dick Bal-o was declared the winning candidate after garnering 23,230 votes as against the 18,849 votes casted for Councilor Zorayda Mia Wacnang and the 15,132 votes received by incumbent Liga ng mga Barangay president and Councilor Henry Tubban, Jr. as well as the 195 votes for Gladelina Ottao.

May 28, 2022 Hent Comments Off on 48 complete underground operators training at ISRI
Sports

May 28, 2022 Hent Comments Off on Ex-Palaro medalist eyes gold in DepEd invitational
City

May 28, 2022 Dexter A. See Comments Off on City to negotiate with PSALM to waive all claims in Sanitary Camp property
Headlines

May 28, 2022 Hent Comments Off on Problems seen in relocation of Tabuk folk
Agriculture, Fishery and Pets

May 28, 2022 Jessica Joy Fernando Comments Off on 140 Apayao agrarian reform beneficiaries get from machineries
Region

May 28, 2022 Dexter A. See Comments Off on City lines up activities for 2nd Saleng Festival
Nation

May 27, 2022 Press Release Comments Off on Cayetano to put agriculture ‘front and center’
This site uses cookies: Find out more.