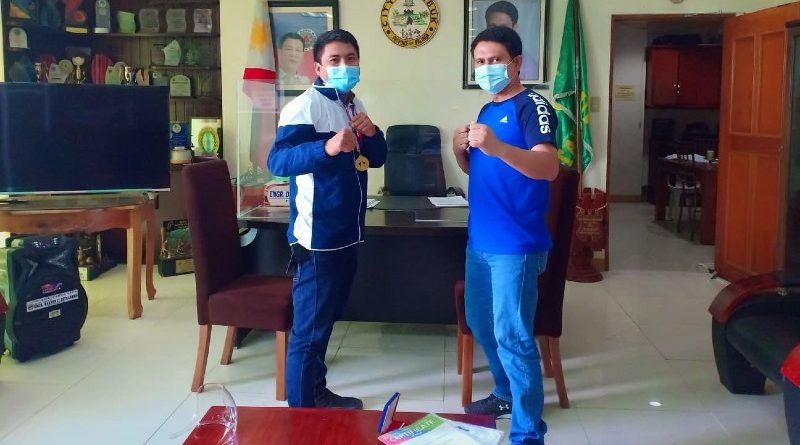 TABUK CITY, Kalinga- An employee from the City Local Government Unit of Tabuk (CLGU) once again made the city proud by winning the gold medal for the 13th World Taekwondo Culture Expo in South Korea.

Said expo is an annual event where some of the best taekwondo practitioners from around the world compete to see who stands on top.

As one of the players representing the Philippines, Engineer Jeffrey Ysmael of the City Building and Architecture Office (CBAO) said that it had already been a great honor to represent the country, and to win the poomsae for men under 40 came as a big surprise.

Ysmael said that normally, the country will send at least a hundred players to represent the country, however, due to the Covid-19 pandemic, only online participation were allowed decreasing some of the events of the expo.

He further said that the Philippine Taekwondo Association (PTA) sent details and criteria for those who wanted to join the competition so he decided to make a video presentation of his own.

Although the competition was set sometime on November last year, his award arrived earlier this year due to the pandemic

His awards include a gold medal, a certificate, a whole set of taekwondo uniform and a shirt.

Ysmael bested competitors from other countries such as Spain, the United States of America (USA), Croatia, Finland, Kingdom of Saudi Arabia (KSA), Kyrgyztan, Greece, Iraq, Zambia, Ghana and many more.

Aside from winning gold in South Korea, Ysmael added that he also won the silver medal for the 2nd LENTS World Taekwondo Championship for the same category, also held last year, and is awaiting his award to be sent to him.