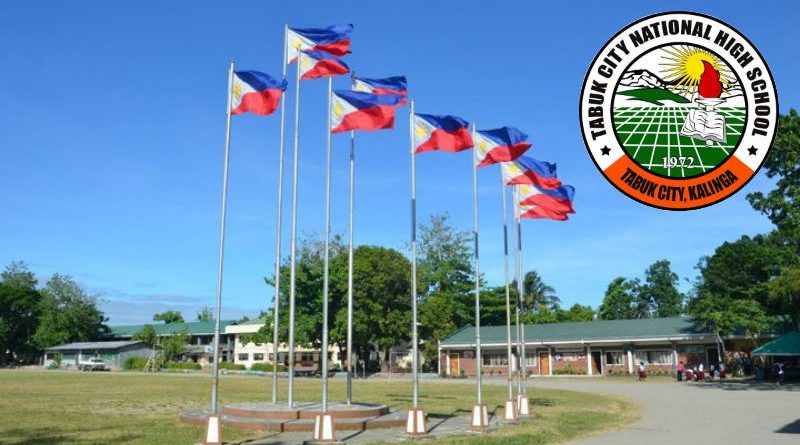 Tabuk City National High School celebrates career guidance week.  Culled from DO 25 s2013, the program aims to guide students their choice of career and to be able to acquire on discovering their strength and developed their awareness.

“Follow the Guide, Tag A Career, Like the Future” is this years’ theme, and was launch last July 18, 2019 with DOST, PESO and DTI as partner agencies. Ms. Liezel Isaguirre of  DOST talked on the  Scholarship offering, its benefits and privileges. She made mention that there is a certain prestige in being a DOST scholar, considering the very competitive exam the students have to pass.  She said that employers would prefer to hire DOST scholar-graduates since they belong at the top of their class. She mentioned on the priority courses under DOST Scholarship like and the need for more Science and Technology professionals in the fields of engineering, information technology and mathematics. “STEM workers in order for the country to be globally competitive need more innovations to drive economic development.” Isaguirre added.

Ms. Divina Delos Santos discussed on Special Program for Employment of Students ( SPES )Republic Act no 7323. An act to help poor but deserving students to pursue their   education by encouraging their   employment during summer and/or Christmas vacations, through incentives granted to employers. She challenged the students to be able to know their interest, aptitude and inclinations for them to be able to grant scholarship. The available jobs and different choices in the labor market was discussed by Mr. Carl Saturnino Dawing of DTI.

Start of Information drive from the PNPA led by P.Capt. Jay-ar Almeda Olya-on – Tanudan; Cdt.1C Reylan Dawang Balingway of Rizal Kalinga; Cdt.1C Jason Masa-o Banganan of Tanudan was held last July 25,2019.  The experiences shared brought different interest to most students. The young officers talked about the challenges inside the academy, they made mention of the hardships and same time the fruit of labor after all trainings are done.

PCapt Olya-on made a reunion with his former teachers at St William’s Academy who are now teaching at TCNHS, Mrs. Luvlie Daluping and Sir Ruzzindale Guilay to which he mentioned, “My teachers are part of what I am today.” Olya-on’s story had inspired some students that during the open forum, one student asked on how to become a police officer specifically a captain like Olya-on. The query was addressed by the Olya-on himself saying that perseverance and discipline is the key.