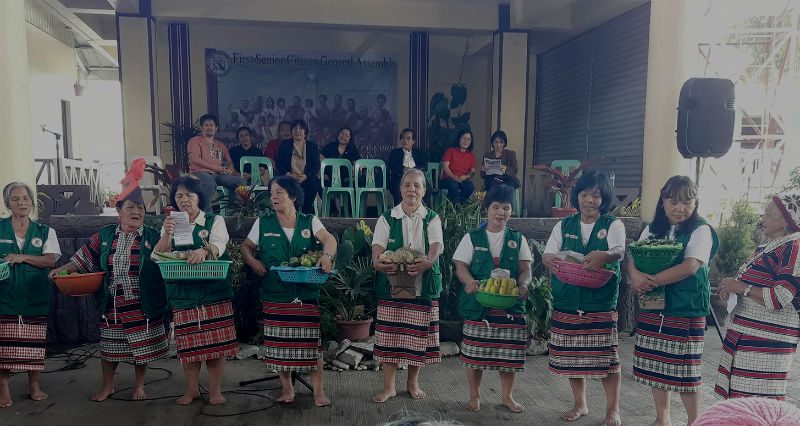 The elderly citizen of Tuba convened in the municipal grounds to celebrate the first general assembly of the Federation of Tuba Senior Citizens Association, Incorporated last November 16, 2017.The different associations and organizations of the elderly who participated in the event performed various presentations including depicting ethnic arts and displayed and sampled out various fruits and vegetables that were grown and produced in their own backyard or farm.