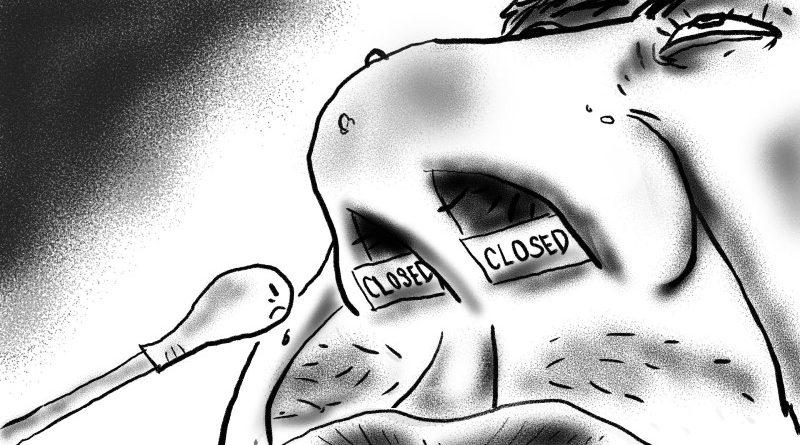 The inter-agency task force for the management of emerging and re-emerging infectious diseases placed most of the country, including Baguio and Benguet, under their present status, modified general community quarantine (MGCQ), from November 1-30, 2020 to allow the government to control the continued spread of the dreaded Corona Virus Disease (COVID) 2019 and to allow the possible transition to the new normal for the gradual and calibrated revival of the economy. While it is true that there are efforts to jumpstart the economy in most parts of the country when most of the areas were placed under MGCQ last June, the efforts to do so was obviously a failure because the government did not allow the resumption of mass public transportation, a vital factor in the movement of people and goods, due to the enforcement of strict community quarantine protocols.

As the government is trying to ease up on the prevailing restrictions, mass testing is being undertaken in most parts of the country to help in ascertaining the percentage of the population  infected with the deadly virus and for the suspected and probable cases to be isolated to avert the possible spread the virus to a greater part of the population that may compromise the local and national health care system. Testing is evidently the best weapon against the spread of the deadly virus because from it, infected individuals can be determined and appropriate medical attention can be provided in the existing health care facilities.

Surprisingly, the Benguet provincial government requested the inter-agency task force and the State-owned Bases Conversion and Development Authority (BCDA) to temporarily suspend the conduct of mass testing in the identified high risk areas in the province, particularly Itogon and Tuba, to allow for the identification of additional quarantine and isolation facilities to accommodate the individuals that will test positive for the virus.

The outbreak of cases in Benguet was traced to be in the bunkhouses of mining companies operating in Itogon and Tuba, thus, the conduct of mass testing had been focused in the said areas aside from the implementation of the required lockdown of the same to control the spread of the virus. Concerned municipal officials also requested the mining companies to provide the needed additional quarantine and isolation facilities to help prevent the overcrowding of the existing health facilities. Subsequently, the managements of the Itogon-Suyoc Resources, Inc., a subsidiary of the Davao-based Apex Mining, the Romualdez-owned Benguet Corporation (BC) and the Pangilinan-owned Philex Mining Corporation, acceded to the request of municipal officials to establish their own quarantine and isolation facilities for those that will be tested positive in the conduct of succeeding mass testing in their places.

We understand the present predicament of the provincial government on the insufficient number of quarantine and isolation facilities that caused the call for the temporary suspension of the conduct of mass testing in the identified high-risk areas in the province. The aforesaid call raised the eyebrows of health experts knowing that the father of the province is a doctor who is supposedly knowledgeable on what to do during a health crisis. Nevertheless, the intention of the call might be noble on the part of the provincial officials as it is intended to buy time for the local government and the concerned government agencies to put up the needed additional quarantine and isolation facilities before the expected surge in the number of confirmed cases as a result of the mass testing.

What should be done is for the mass testing to continue while efforts to identify feasible quarantine and isolation facilities fast tracked to catch up with the time element so that when the results of the mass testing will be made available, there will also be the facilities that could be used by those tested positive for the virus. Let us understand that the established quarantine and isolation facilities in the different parts of the province are nearing their full capacity that is why the provincial government is doing its best to coordinate with the owners of private and public education institutions for the temporary use of their existing dormitories as isolation areas for suspected and probable COVID cases which is feasible at this time because of the prohibition of the face to face learning.

However, the local governments and concerned government agencies must also be working on the put up of similar facilities outside the existing private and public education institutions because there will come a time that the school will no longer be used as isolation areas because of the eventual resumption of face to face learning. Let us allow the provincial government to exercise its powers to be able to work out the opening of additional quarantine and isolation facilities so that the existing health facilities, including the 5 district hospitals, will not be overwhelmed once there will be another surge in confirmed COVID cases in the future as the people will have to learn to live with the virus which will be here to stay until the discovery of the appropriate vaccine and medication that will combat its spread. Postponing testing just because there are no facilities will not stop the spread of the virus. On the contrary, it might exacerbate the situation as infected individuals will be moving around infecting more people. It is not as if the choice is one or the other, or which comes first, the chicken or the egg. The provincial officials should be Solomonic in this case.