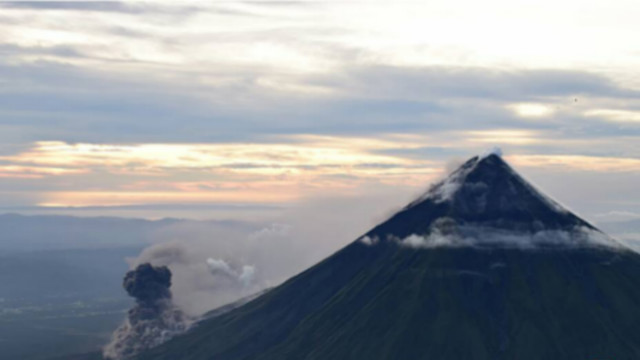 BAGUIO CITY  – Mayor Mauricio G. Domogan assured the local government is working out the best assistance the city can send to the thousands of families affected by the eruption of the scenic Mayon volcano in Albay.

“We will surely send the local government’s assistance to the victims of the eruption of Mayon Volcano. We are simply awaiting the recommendations of the social welfare department on the priority needs of the victims so that the city will be able to provide its assistance to what the calamity victims direly need,” Domogan stressed.

In the case of the Marawi siege last year, the local government waited for the recommendations from the social welfare department before it delivered goods to identified evacuation centers in the affected city.

According to him, it is important for the local government to sustain its program of extending appropriate assistance in other areas of the country that are victims of natural or man-made calamities just like how the people of Baguio were recipients of assistance from other places in the country after the city was devastated by an intensity 7.9 earthquake on July 16, 1990.

For the Filipino-Chinese community in the city, Peter Ng, president of the Filipino-Chinese Chamber of Commerce and Industry (FCCCI) Baguio-Benguet Chapter, said that the local chapter is simply awaiting the directive from its mother chapter which is directly in touch with the Office of the President on the appropriate assistance it can extended before they will come out with their donations coursed through the federation.

He explained that the Filipino-Chinese community will extend the needed assistance to the Mayon volcano eruption victims as it has been their commitment to help calamity victims in the different areas in the country.

The city’s Operation Sayote was famous during the major eruption of Mount Pinatubo in 1991 because the local government, in partnership with the private sector, delivered tons of highland vegetables to the different evacuation centers in Pampanga, Zambales, Tarlac and Bataan and the relief operations lasted for quite a good number of years.

He also enjoined interested private organizations in the city to work out the possible donations they could give for Bicol.

He underscored that it is still best for the residents to give donations to those in need of help instead of the local folk being at the receiving end of assistance due to the serious negative effects of natural and man-made calamities that will visit the city.

Among the hazards in the city include soil erosion, landslides and rockslides for the mountainous terrain while the low-lying communities were also described to be prone to floodings but the institution of appropriate mitigating measures will help prevent the occurrence of incidents that pose a serious threat to life and limb.