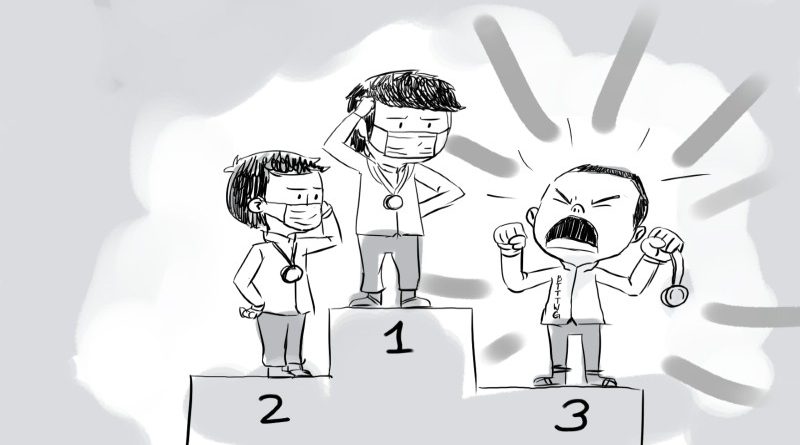 The present administration embarked on aggressive traffic management as one of its 15-point collective agenda to effectively and efficiently address the monstrous traffic congestions around the city due to the enormous number of motor vehicles, both private and public, plying the different routes daily. Based on last year’s data from the Cordillera Office of the Land Transportation Office (LTO-CAR), there are more than 65,000 registered private and private motor vehicles where approximately 10,000 are public utility vehicles while the rest are private vehicles.

As part of realising this traffic problem, the city government requested traffic experts from the Metro Manila Development Authority (MMDA) to conduct a comprehensive study on the traffic situation in the city and to make recommendations on what strategies can be adopted to solve the worsening traffic situation, especially in the central business district area. It took some is study was conducted time for the MMDA to submit its findings and recommendations to the newly created Baguio Traffic and Transport Technical Working Group (BTTTWG), the body empowered to enforce traffic experiments. The BTTTWG then implemented some of the recommended traffic experiments without the benefit of public consultations. This is contrary to the claim that the then new set of city officials would listen to its constituency, especially affected sectors, before the implementation of strategic programs, projects and activities.

Incidentally, the implementation of the Luzonwide lockdown last March 17, 2020, forced the suspension of mass public transportation all over the country that temporarily ended the daily traffic congestions caused primarily by the huge volume of vehicles on the streets. With the downgrading of the status of most areas from general community quarantine to modified general community quarantine, mass public transportation started to gradually return but with strict adherence to the prescribed minimum health standards, with 50 percent capacity to ensure the observance of physical distancing, and the practice of personal hygiene among drivers and passengers.

Upon the resumption of the operations of the mass public transportation, the BTTTWG immediately implemented a traffic experiment transferring the staging and parking areas of most jeepneys lines long the central business district area to areas outside the central business district area, while jeepneys lines plying routes outside the city and within the Baguio-La Trinidad-Itogon-Sablan-Tub-Tublay (BLISTT) area were relocated far from their previous designated parking spaces pursuant to the provisions of Ordinance No. 7, series of 1984, or the city’s un-amended Comprehensive Traffic and Transportation Code. The relocation of the jeepneys lines caused an uproar among the affected residents as this is economically disadvantageous, especially at the height of the pandemic where most of the people lost their jobs aggravated by the non-operation of the city’s tourism sector, the main source of livelihood of the people.

However, self-proclaimed traffic experts who are members of the BTTTWG claimed that the traffic experiment was successful because it addressed the congestions in crucial road intersections around the city that paved the way for the smooth flow of vehicular and pedestrian traffic.

It seems the BTTTWG had members are closing their eyes to the reality that there are much less people who are moving around aside from the regulated number of public utility vehicles that have been allowed to operate, thus, making the traffic experiment impractical. We cannot yet see the success of the experiment because we have not yet seen the actual volume of people going out and the volume of vehicles that are on the streets daily. Definitely, such self-serving pronouncements of BTTTWG members that the traffic experiments had been successful is premature and needs to be validated when the situation normalizes.

Let us not fool our thinking populace that these experiments are successful as they are feeling the real effect of this experiment. In fact, a netizens correctly point out that it seems the government tends to decide in implementing traffic programs favoring private vehicle owners than ordinary citizens who suffer the consequences of having to walk carrying heavy loads to their relocated staging and parking areas. The members of the city council made the correct move in mandating the BTTTWG to re-evaluate the traffic scheme to take into consideration all factors that impact on the result of experiment.

More importantly, it was correctly pointed out that a mere executive order prescribing penalties for violators of the prevailing traffic experiment cannot amend an existing ordinance that defined the staging and parking areas of jeepneys lines in the central business district area. Baguio people do not tolerate abuses, especially during the prevailing difficult ties that is why something must be drastically done to correct things and put the same in their proper order so that people will believe in the some of our leaders.