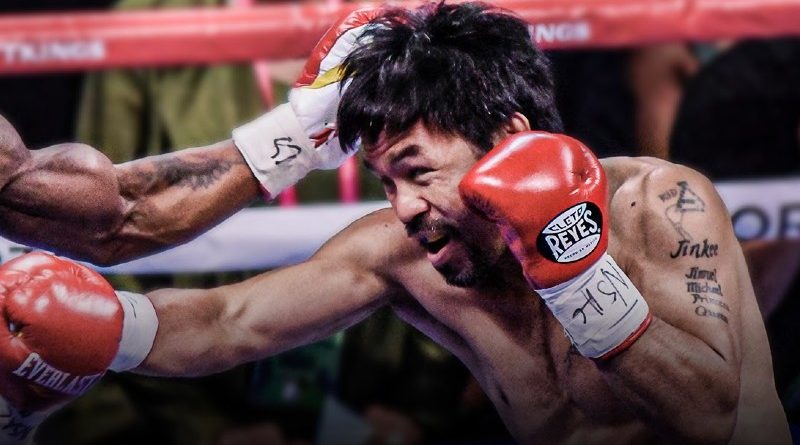 NO question, Manny Pacquiao truly is a one-of-a-kind athlete.  The boxing legend legitimately put himself in the conversation, in the same breath with Muhammad Ali, Rocky Marciano, Sugar Ray Ray Robinson, Sugar Ray Leonard and Floyd Mayweather, Jr. in the greatest of all time discussion in boxing by his performance in and out of the ring during his career that crossed four-decades.

The pint-sized pugilist from Sarangani fought the gods of the sport and proudly hoisted the Philippine flag inside the ring to etch his name among the greats while working his way to become an eight-division boxing world champion.

More than anything, he served as a shining light, not just for Filipino athletes but all Asians who aspired to make an impact in their respective fields.

And Team Lakay is no different. What this gym has done so far may pale in comparison to Pacquiao’s bag of work but it has made itself a household name in Asia MMA.

As much as Pacquiao has etched his name among boxing’s legends, Team Lakay has also done its part that at one point, it had four of its fighters hold ONE Championship titles simultaneously.

Truth be told, Pacquiao’s success was also a fuel for Team Lakay in their formative years of competing abroad, with Coach Mark Sangiao using him as a motivation for his fighters to do well whenever they fight.

“In the early days of our international fights, Pacquiao was one of the few figures that drove us to also bring honor back to our country,” he said. “Don’t get me wrong, when we fight abroad we are more driven to give our best to serve as an inspiration to our young athletes and people to dream as well and achieve. But having Manny as our inspiration is really big for us because we want to emulate the glory he brings to our country.” said the Team Lakay head honcho.

The curtain, however, has closed in on Pacquiao’s boxing career as he announced his decision to retire lately.

Sangiao deeply respects this decision, noting, “He knows his self best and when he says it’s time to pull the curtain down, then that’s it.”

It was a great run for Pacquiao’s boxing career nonetheless, and Sangiao chooses to look back on Pac-man’s legacy as proving to everyone that with enough drive and effort, your dreams can become a reality.

“That’s what Pacquiao’s legacy is to me: that attaining greatness is a product of your hard work.”, he declared

Though Pacquiao has gone on to the field of public service at the latter part of his boxing career, what stood out for Sangiao was the senator’s humility, noting, “He’s very amiable. At his current life and career status, you can still feel that raw humbleness in him.”

That really should be expected from ‘Pac-man’ whose life story has been re-told numerous times and has been a source of inspiration for many athletes who are also hoping to get out of poverty.

Knowing that background only makes Pacquiao that more endearing for the likes of Sangiao and the rest of Team Lakay, who themselves are looking to make the country proud every time they step inside the Circle for ONE Championship.

“What endears me the most from him was his rags-to-riches story, that you can be someone who came from nothing if you really want to and still, keep that attitude amidst all the success that you have accomplished,” he said.

Safe to say, the Team Lakay fighters have answered well to Sangiao’s calls.

The decorated mentor even attributed Pacquiao’s resilience as a big lesson which his fighters have absorbed over the years.

“We have picked up that shatter-proof mentality from him, that we should have the heart and we are stubborn enough in our mission to make our names known internationally. It was really a big inspiration for us seeing his desire to bring prestige to the Philippines in the field of boxing,” he said.

“Manny bears the Philippines’ colors proudly in all of his fights, and his achievement is every Filipinos’ achievement. So for us, we emulated that, that every fight of Pacquiao and of our Team Lakay athletes in the ring and in the cage further cements the fact that we Filipinos should be taken seriously in the arena of combat sports,” he said.

Sangiao could only feel pride knowing that once in his life, he’s had a chance to brush up with a legend like Pacquiao.

“I have met him several times in different occasions like in sports conventions and events as well as in public hearings,” he reminisced.

By: Armando M. Bolislis with ONE Championship

11       11SharesThis post has already been read 1566 times!Winners of the 2021 Productivity Olympics were announced during the First Ever Virtual