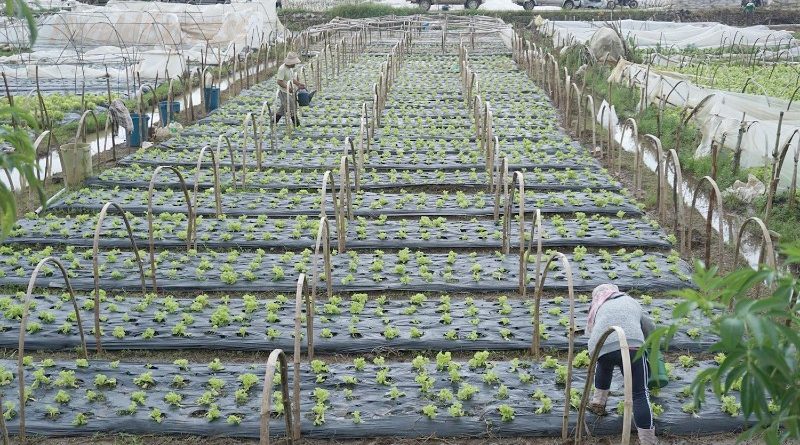 LA TRINIDAD, Benguet – The municipal government assured that there will be adequate supply of strawberries in the municipality amidst the damages inflicted by the heavy downpour caused by Tropical Storm Maring to the strawberry fields located right at the heart of the valley.

Mayor Romeo K. Salda stated that the damages inflicted by the 24-hour continuous heavy rains of Tropical Storm Maring is still manageable compared to the damages that could have been inflicted by the week-long of heavy downpour that is why the supply of strawberries in the locality will still be sufficient.

He claimed that the municipal agriculture office is currently evaluating and assessing the damages inflicted by the weather disturbance to the town’s lucrative strawberry industry so that the municipal government and concerned government agencies will be appraised on what assistance could be extended to the affected farmers so that they will be able to recover from the wrath of the typhoon and avail of the planting materials for them to be able to produce adequate strawberries in time for the peak season of the said fruit.

According to him, concerned stakeholders are keeping their fingers crossed that no similar weather disturbance will visit the Cordillera up to the end of the year so that strawberry farmers will be able to produce quality strawberries in time for the expected peak season and for the possible conduct of the traditional Strawberry festival by March next year.

La Trinidad landed in the Guinness Book of World Records after it was able to present to the public the largest Strawberry Short Cake in 2004. A replica of the said shortcake is on display in front of the municipal hall for the appreciation of both residents and visitors alike.

Mayor Salda stipulated that the availability of tissue-cultured strawberry runners from the State-run Benguet State University (BSU) has definitely contributed in providing the farmers with quality strawberry planting materials which they were able to plant in their farms last August in preparation for the harvest season by the end of the year and early next year which is the peak season of the fruit.

On the conduct of the town’s Strawberry festival, He pointed out that it is too early to make a conclusive pronouncement on the matter as there are still numerous factors that should be taken into consideration by the concerned government agencies and the local government in deciding whether or not the same will be pursued.

He assured concerned agriculture industry stakeholders that the municipal government is trying to look for ways on how to extend appropriate assistance to those farmers that had been heavily impacted not only by the ongoing health crisis but also the onslaught of Tropical Storm Maring for them to be able to hurdle the prevailing challenges that they are encountering for them to recover from the effects of the weather disturbance that had been affecting their production over the past several years. By HENT

This post has already been read 1984 times!LA TRINIDAD, Benguet – Benguet caretaker congressman and Anti-Crime and Terrorism through Community