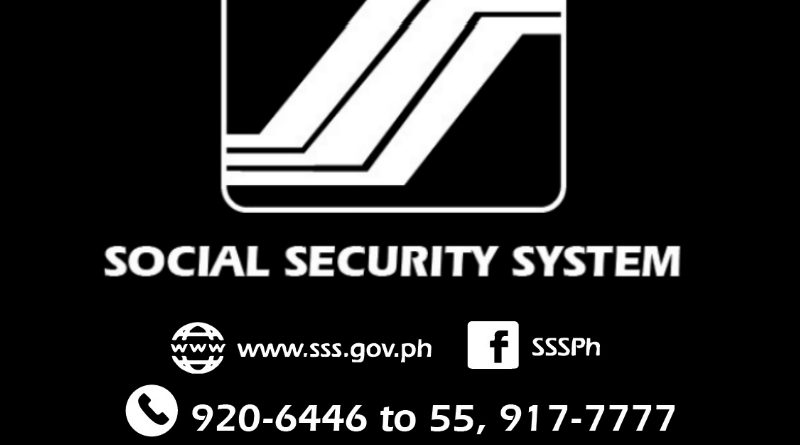 The state-run Social Security System (SSS) on Friday said it will beef up its efforts to reach out to informal sector workers and provide them with meaningful social security protection following the results of an Australian-based survey ranked the Philippines as one of the pension systems that need improvement out of the 37 countries in the study.

SSS President and Chief Executive Officer Aurora C. Ignacio acknowledged that one of the huge challenges for the state-run pension fund is to ensure universal protection for a large number of workers in the informal economy such as farmers, fisherfolks, market vendors, and alike.

Based on the latest International Labor Organization’s survey, the Philippines’ informal employment from 2008 to 2017 was recorded at 21.1 million or 56 percent of the labor force.

SSS data showed that members registered under its program for the informal sector, dubbed as AlkanSSSya, only stands at 108,779, as of September 2019. Likewise, 44,093 members were registered through the Cooperative Accreditation Program and 230,069 members were covered as job order personnel of the government offices.

“For many years now, we have been reaching out to them, strongly encouraging them to pay their SSS which is the cheapest and most accessible retirement savings today. But their varied work arrangements and at times, intermittent income, prevent them from regularly paying SSS premiums. A challenge for us now is to create a special pension fund program for informal sector workers like farmers, fisherfolks, among other groups, considering their income spread. These are the areas that SSS will look into,” Ignacio said.

Ignacio added that the Mercer Global Pension Index which included the Philippines in its 11th global survey on pension systems puts social security protection at the forefront of social issues today. “Many Filipinos see social security protection as just an option during their working years, neglecting the fact that this will be one of their supplemental supports during retirement,” she continued.

The Philippines, based on the index, was rated 43.7 out of 100. It has a grade “D” together with first world countries Korea, China, and Japan among others. The Philippine pension system was described with some desirable features but also with major weaknesses that need to be addressed.

“It is the first time that the Philippines was included in the study, but it already highlights the need for urgent actions to prioritize social security protection for all Filipinos. The lifeblood of SSS is the members’ contributions. In the past 62 years, SSS has sustained its funds without any need for government subsidies and shows that the fund has been well-managed over the years. The inter-generational subsidy has sustained the pension fund where the healthy supports the sick while those who earn more subsidizes those with less in life. As shown in the study, those countries with the highest tier provide higher benefits since their contributions are also higher,” she explained.

Data showed that from January to August 2019, SSS has so far released P129.53 billion in benefit payments. Out of the total expenditures for the seven SSS benefits, more than 58 percent was disbursed for retirement benefits amounting to P75.11 billion. Ignacio explained that SSS pension is meager in terms of amount, but the actual return of every peso being contributed is high.

For example, a member who has been paying a monthly contribution based on the P8,000 monthly salary credit for 120 months. In total, he would have paid P115,200 in contributions. But he will be qualified to receive a monthly pension amounting to P3,200 and the additional monthly benefit of P1,000. In just 28 months, he would have recovered all contributions paid to SSS. This is on top of the other benefits – sickness, maternity, disability, unemployment – which he could avail of at the time he was actively paying at SSS.

“Again, a pension is a product of an individual’s long-term savings. Right now, a ceiling on the monthly salary income to apply the contribution rate of SSS limits a member’s opportunity to save more for retirement. We are hopeful that this will change as the newly-enacted Republic Act 11199 or the Social Security Act of 2018 has a voluntary provident fund which will be introduced next year,” Ignacio said.

Thru the voluntary provident fund, a member whose salary is higher than the maximum MSC will be able to receive more during his retirement stage as he will have the option to contribute more.

“While we recognize the need to increase pension, we are also responsible in ensuring that the fund remains viable for a longer period of time to be able to provide the seven benefits – retirement, death, funeral, maternity, sickness, disability, and unemployment – for our members and pensioners. Also, an increase in pension, according to the law, should be supported by an actuarial valuation to ensure the viability and sustainability of the pension fund,” Ignacio added.

“Membership to SSS is contributory. The higher and longer the period of payment translates into higher short and long-term benefits. With this, we are exerting all efforts to ensure that more Filipinos working on the private sector be covered with social security. Memoranda of Agreements have been signed with several local governments such as Mandaluyong City and Paranaque City to ensure SSS coverage their job order personnel and with the Philippine Sports Commission to cover athletes. We are now calling out to other local government units, and organizations or cooperatives of informal sector groups to work hand in hand with SSS to enlist their employees who are not covered by Government Service Insurance System for them to enjoy the seven benefits that SSS provides, “she added.