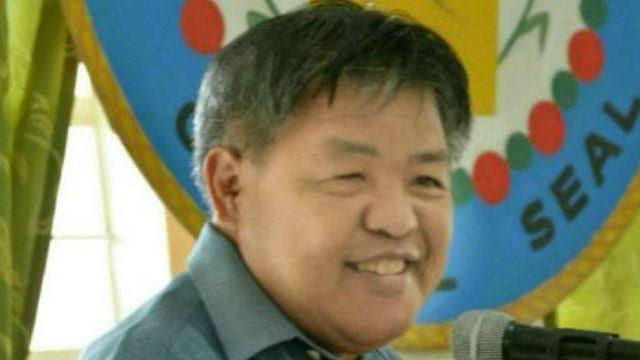 BONTOC, Mountain Province – Gov. Bonifacio Lacwasan, Jr. urged various sectors not to rush things for the conduct of special elections for the vacated congressional seat of the province because the special polls will be divisive and unproductive to the development goals of the province.

Lacwasan said residents are still grieving the untimely demise of Gov. Leonard G. Mayaen, who succumbed to cardiac arrest last March 31, 2016, and Rep. Maximo Dalog, Sr., who succumbed to alleged kidney ailment last June 3, 2017, thus, the province is still recovering from the loss of notable public servants and rushing things for the conduct of special elections will simply add insult to injury that is why it is still best for the leadership of the House of Representatives to appoint a caretaker congress representative for Mountain Province.

“We are still recovering from the successive loss of our respected local officials and we do not need another event that will ruin the gains of our efforts to unite the people towards the realization of robust development all over the province. A special election for the vacated congressional post will just result to divisiveness among our people which we do not actually need at this time,” Lacwasan stressed.

The governor underscored the appointment of a caretaker congress representative for the province by the House leadership will help sustain in healing the wounds were caused by the untimely demise of the two officials who were well loved by the people.

Under the rules in the filling up of the vacancy for a deceased member of the House of Representatives, a special election shall be conducted in the congressional district where the vacancy occurred once the House leadership will issue a certificate of vacancy that will serve as the basis for the Commission on Elections (Comelec) in facilitating the conduct of the special polls for the vacated post and that the proclaimed lawmaker will serve the unexpired term of the deceased congress representative.

On the other hand, Lacwasan argued the case of the position of governor is different from the vacated congressional post because the Comelec has yet to resolve pending issues that were lodged in the two divisions of the poll body, saying that he will always adhere to the rule of law.

He pointed out the conduct of special elections in the middle of the term of the elected officials is already impractical because it will just be a waste of time, effort and resources aside from the people being further divided considering that by October next year, it will be the deadline for the filing of the certificates of candidacy for officials interested in aspiring for the May 2019 elections.

He called on the various sectors in the province to await the decision of the House leadership in the case of the vacated congressional post once Congress returns to its regular session by July 24 and to respect whatever will be the decision to allow the course of the law to take its course instead of providing undue interference that will complicate the situation in the future.

Concerned sectors in the province support the appointment of Kalinga Rep. Allen Jesse C. Mangaoang as the caretaker congressman because his mother is a native of Sagada, Mountain Province and that his congressional district complies with the proximity requirement with Mountain Province. By HENT