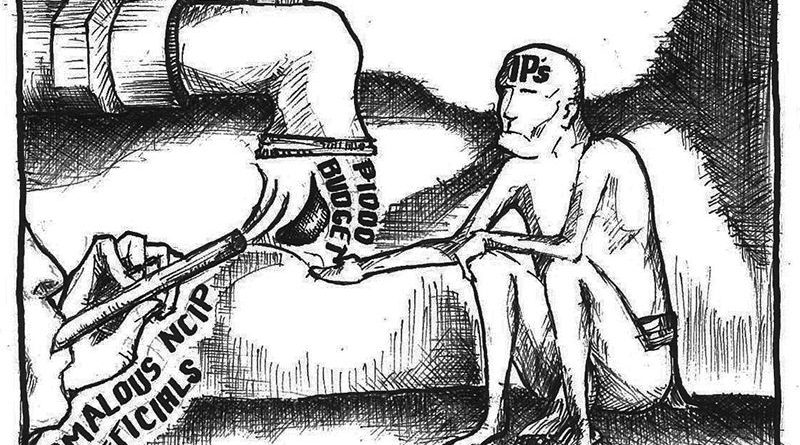 Republic Act (RA) 8371 or the Indigenous Peoples Rights Act (IPRA) was enacted two decades ago primarily to protect the rights of the indigenous peoples and indigenous cultural communities (IPs/ICCs) from abuses and violations of their rights especially their rights to their lands, territories and resources. The displacement of the Ibaloi of Ambuklao and Binga from their ancestral domain to make way for the hydropower dams in their territories is a classic example of the discrimination that indigenous peoples experience when they are treated as second-class citizens who must sacrifice for national development without a their free, prior and informed consent (FPIC).  The displaced IPs were forced to resettle in totally new environments outside the region. Some were forced to back to relatives nearby, others died due to diseases acquired in their new settlements, and others were said to be successful in their resettlement areas.  A few returned many years later to their homeland.

The IPRA also allowed IP-dominated communities to have their certificate of ancestral domain title (CADT) and for individual IPs to have their certificate of ancestral land titles (CALTs) over the lands that they have occupied since time in memorial. However, the issuance of CALTs had been the subject of controversies in the past after the issues on the alleged issuance of ‘midnight titles’ cropped up casting doubts on the validity of CALTs issued by the National Commission on Indigenous Peoples (NCIP) to various IPs in different parts of Baguio and Benguet.

The constitutionality of the IPRA was upheld by the Supreme Court after its legality was challenged by multinational corporations and other interest groups that paved the way for the IPs to continue asserting their rights over their ancestral domain.

One unfortunate consequence of the provisions of the IPRA is that some professionals from ICCs use certain provisions to advance their personal interests by sacrificing community well-being and solidarity. It is reported that some of these professionals are allegedly short-changing their own people from the royalties due to their communities, among other mandatory and additional benefits for the host communities. Also, some of these professionals are acting as agents of corporations and manipulating the FPIC process just to maintain their benefits from these businesses even if the communities say NO in the FPIC process.

Last week, the House of Representatives earmarked only P1,000 as the annual budget of the NCIP for next year instead of its proposed P1.1 billion allocation considering that the agency was not allegedly able to perform its mandate in protecting the rights of IPs since it was created.

Many IPs were surprised over this move of the House that is why concerned IPs from various parts of the country are now re-grouping to lobby for the restoration of the agency’s budget as there are still numerous noble IP-related programs and projects that have yet to be completed and implemented to improve the status of the IPs in the country.

While it is true that there are erring NCIP officials and employees who continue to be involved in anomalous activities even to the extent of being in cahoots with proponents of environmentally critical projects in ancestral domains, their wrongdoings should not be used to make the agency suffer. The best thing that should have been done is to charge these erring officials and employees and remove them from their positions and not to allow the whole agency and its programs to suffer from the misdeeds of a few individuals.

We do not agree to the decision of the House to allot P1,000 budget for NCIP next year because it will surely derail the implementation of numerous programs and projects that are beneficial to the IPs and ICCs. The House simply over reacted on the matter not knowing that their decision could still be reversed once the budget will be brought to the Senate and subsequently to the bicameral conference committee. Once there will be a deadlock in the deliberations of the bicameral conference committee because of the insistence of the representatives of both chambers, then there will be a deadlock which would mean the non-passage of the P3.767 trillion 2018 national budget that would also affect the implementation of the priority programs of the present administration and the delivery of basic services to the people.

The P1,000 budget allocation for the NCIP next year should be a wake-up call for its erring officials and employees to shape up or ship out. The noble programs and projects of the agency should not be compromised by the involvement of some these bad eggs. While we do not agree to the proposed P1,000 budget for the agency, we also do not support the questionable transactions involving its officials and employees, thus, the need for the NCIP leadership to institute the necessary reforms that will improve the image of the agency and guarantee the smooth implementation of its programs and projects. One of the key issues NCIP has to resolve immediately is the anomalous conduct of the FPIC process in different parts of the country and the slow-paced process of CADT registration.