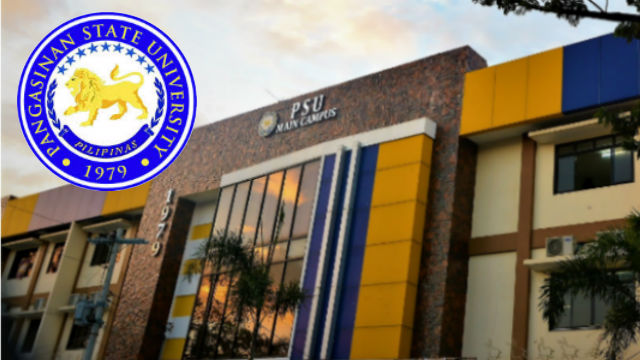 LINGAYEN, Pangasinan—The provincial board has passed three resolutions regarding the non-implementation of the suspension order which was earlier slapped by the Office of the Ombudsman to Dr. Dexter Buted, president of Pangasinan State University (PSU).

In a privilege hour during the regular session on March 5, Sangguniang Panlalawigan Member Jeremy Agerico Rosario took the opportunity to expose that amid the suspension order, the PSU president is allegedly making rounds among mayors and purportedly soliciting their endorsements or recommendations for him to be given a second term of office as the state university’s highest official.

Provincial Resolution No. 212-2018, “Strongly urging the Commission on Higher Education (CHED) and/or the Board of Regents of the Pangasinan State University to immediately implement the decision of the Office of the Ombudsman in OMB-L-A-16-0318.”

Provincial Resolution No. 214-2018, “Respectfully requesting the Office of the Ombudsman to inquire from the Commission on Higher Education and/or the Board of Regents of the Pangasinan State University of the suspension order meted out to President Dexter R. Buted.”

Alarmed with the moves undertaken by the PSU president, Governor Amado I. Espino III sent a letter dated March 1, 2018 to the members of the august body as well as to 44 town mayors and 3 city mayors to inform them  of the situation.

In his letter, the governor pointed out four vital reasons that the LGU heads need to consider: 1) Dr. Buted has four (4) complaints under investigation by the Ombudsman in addition to an on-going investigation in Congress for atrocities he committed. 2) The Office of the Ombudsman, in a decision signed by Ombudsman Conchita Carpio Morales on November 17, 2017 suspended for nine moths Dr. Buted for oppression, arbitrary dismissing a faculty member, Mr. Ricardo Tapia and withholding his salary.

Two other reasons were noted by the governor to include, 3) The Sangguniang Panlalawigan of Pangasinan by virtue of Provincial Resolution No. 505-2016 dated October 17, 2016 declared Dr. Buted as persona non grata in the province of Pangasinan due to the alleged irregularities in their OJT Program, unfair treatment of the faculty members and personnel and for allowing PSU to be used for partisan political activities ang persistently disregarding legal and official invitation by the legislative body of Pangasinan. 4) House Resolution No. 1660 entitled, “ resolution urging the appropriate House Committee to conduct an inquiry in aid of legislation on the non-implementation by the Board of Regents of the Pangasinan State University and/or by the Commission on Higher Education of the decision of the Ombudsman in OMB L-A-16-0318” authored by former governor and now 5th district Congressman Amado T. Espino, Jr., 2nd district Representative Leopoldo N. Bataoil, and Cong. Romeo M. Acop.

“Due to these compelling reasons, this office is constrained to issue this advisory against issuing any recommendation citing Dr. Buted for a second term at PSU,” the governor cited in the letter further stressing that the continuous presence of Buted as president of the university would mean total disregard to the country’s justice system and the future of the province, as well, which Pangasinenses must never allow to happen.