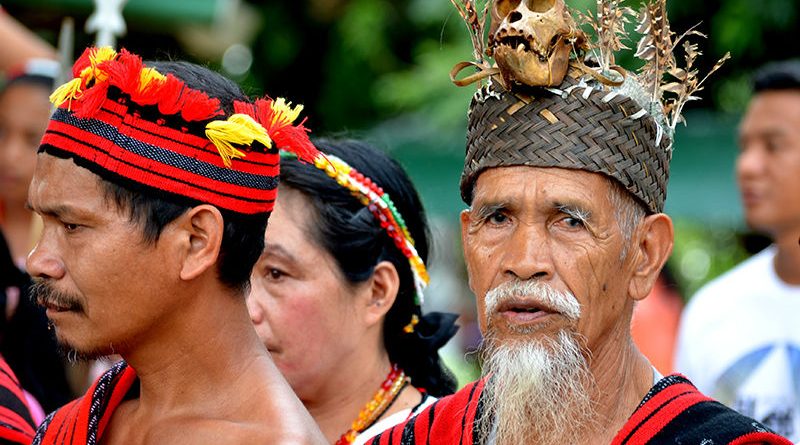 TABUK CITY, Kalinga – Rep Allen Jesse C. Mangaoang urged indigenous peoples (IPs) to continue drawing inspiration from the struggles of their forebears and the recognition of the government of their voices to continue seeking for the welfare of all IPs.

Mangaoang, who chairs the House Committee on National Cultural minorities and IPs, stated ‘we have to recall that the struggles of our ancestors were mainly on the protection of our rights over our lands and we have to recall also that during the colonial era, in spite of our forefathers living by our moral ethos of paniyao, ngilin, bain or the inayan which absolutely summarize the ten commandments, we were still classified as non-christian tribes.’

He pointed out that land is the best for the identities of the IPs and the foundation for the enjoyment of the IP rights.

The lawmaker underscored that the deep connection which IPs have with their land has been totally disregarded by non-indigenous cultures and for Cordillerans, land has a spiritual, cultural, political and economic value as it supports the identity of the IPs, IP social relations, cultural integrity, and survival.

“Land is the source of our physical and spiritual sustenance, Congressman Mangaoang stressed, while adding that Macliing Dulag, during the height of the struggle, said that ‘land is grace that must be nurtured, enriched, made to bear fruit. Land is sacred and beloved. From its womb spring the lives of the indigenous peoples of the Cordillera.”

Mangaoang said that the struggle for self-determination in the pursuit of the welfare of IPs is still denominated by their prospects to be freed from oppressions because since the colonial era, IPs had been subjected to discriminatory laws of colonies which assume authority over them.

According to IP rights and welfare means that their lives will not be dominated by laws which fails to adequately support or take into account their unique identities and aspirations which also means that their voices will enter into a dialogue from which old peoples in a society negotiate the type of society they live in.

Mangaoang claimed that the right to participate in discussions, the right to be involved in decisions that affect them and their social, cultural and economic development, their self-determination, is central to the rights contained in the declaration on the rights of indigenous peoples but the said rights mean nothing if IPs remain disunited in the struggle to achieve the same and actively and effectively engage in opportunities to contribute to their attainment.

Mangaoang said that the present generation of IPs are fortunate that the government has recognized the struggles of their ancestors by giving them the whole prerogative to chart their self-governance through the provisions of the Constitution and further reinforced their rights with the enactment of the Indigenous Peoples Rights Act (IPRA) of 1997.

He emphasized that it would be safe to assume that social justice now exists for IPs or that IPs fully enjoy their human rights but what has happened is that IPs had seen genuine policies in which IP rights are given genuine respect and weight.

By Hent
Banner photo by Joseph B. Manzano

This post has already been read 2520 times!The city identified some twelve priority investment areas that are expected to contribute in efforts