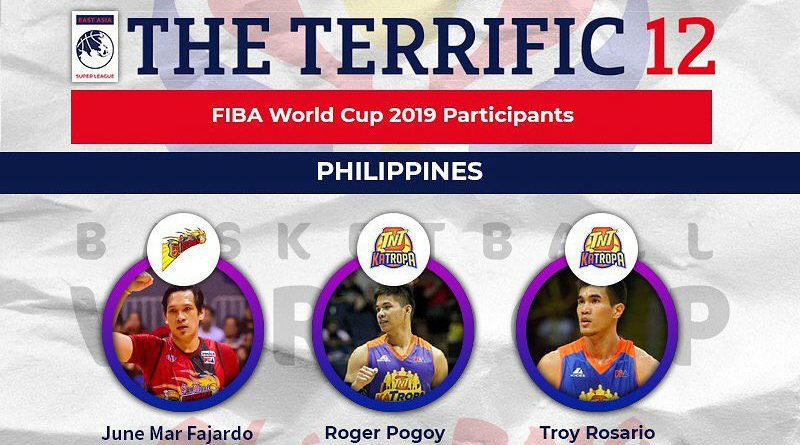 The games of San Miguel Beer, Talk N Text, Blackwater in the Terrific 12 will be enjoyed live by Filipino fans via broadcast and online platforms in the comfort of their homes as ESPN5 and ESPN YouTube Live will bring the action live from Macao’s Tap Seac Multi-Sport Pavilion from September 17 to 22, 2019 on primetime.

ESPN5 will now join 21 other networks major global broadcast and streaming networks that will also cover the basketball competition of this FIBA-recognized premier tournament now making waves in Asia.

The Terrific 12 is a three year-old East Asia Super League born in Macao in 2017. There were just eight teams participating in “Super 8” in its maiden season.

The country was represented for the first time in 2018 when iECO Green Warriors, a PBA D-League selection, participated in a 12-team competition. The number of participants spurred renaming of the tournament to its current name.

This growth also attracted the participation of top ball clubs in the region into its orbit that includes three of the top-caliber PBA teams; three clubs from the Chinese Basketball Association (CBA), four from the B.LEAGUE (Japan), two from the Korean Basketball League (KBL).

The Beermen, Ka Tropa, and Elite will be joining Liaoning Flying Leopards, Shenzhen Aviators, and Zhejiang Guangsha Lions from China; Chiba Jets, Niigata Albirex, Ryukyu Golden Kings and Utsunomiya Brex from Japan; and Jeonju KCC Egis and Seoul SK Knights from Korea in the much-awaited toe-to-toe of some of the best basketball teams in the region.

The ball clubs will be grouped into four brackets with the top team from each group advancing to the semi-finals scheduled on September 21. The finals will be played on September 22 with the champion going home with a  US$150,000 or around 7.5M PHP Pesos, prize. The runner-up will receive $100,000 (5M Pesos) while second runner-up gets $50,000 (2.5M Pesos).