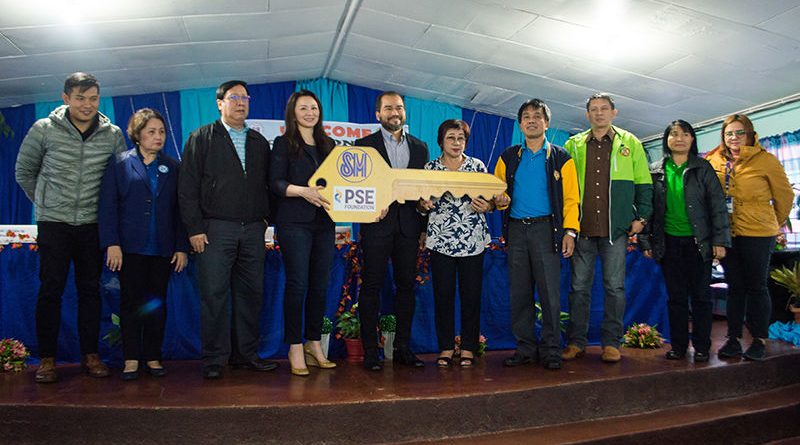 The new school building is furnished with 200 armchairs (20 armchairs are designed for left-handed students), four teacher’s desk sets; 16 wall fans; 8 blackboards; 4 wall clocks; and 4 toilets plus a PWD ramp and PWD toilet. It is emergency-ready with accessible staircases on both sides, a fire alarm bell, and emergency lights at the staircases’ landings.

The donation is a welcome addition to the school, since the enrollment in Tuba Central School is increasing, recording a high enrollment for the past five years. “This building is a big help for all of us since our school population is growing and we need more rooms to accommodate us. We promise to give utmost care to the building and other facilities and use it for its purpose,” said Supreme Pupil Government President Allison Benito Gapungli.

School Principal Lucila M. Abance said, “The new school building will serve as an avenue for the learners to be developed holistically in order to compete globally.”

SM Foundation Head Juris Soliman overlooked the construction of the school building and said that their team will return to make repairs and fixes when necessary. In addition, in every five years, they will return to repaint the building.

The SM Foundation is an active member of DepEd’s Adopt-A-School Program since 2002. The Tuba Central School is the 94th recipient of a school building from SM.

On a single-shift class, at least 15,050 students are benefitting from the 94 school buildings constructed by SM. This includes 304 classrooms including 15,050 armchairs (120 chairs are for left-handed children), 602 blackboards, 220 sets of teacher’s desk/table, 1,198 wall fans, 315 washrooms including PWD toilets.