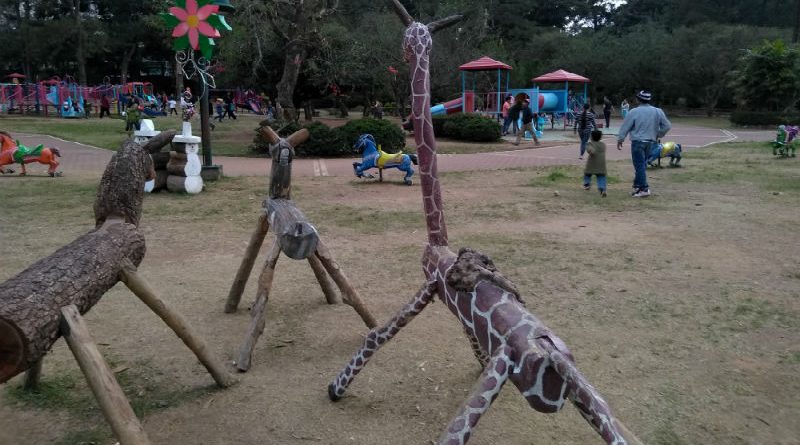 BAGUIO CITY – The City Environment and Parks Management Office (CEPMO) confirmed that the management of SM City Baguio earmarked at least P500,000 this year for the continued improvement and maintenance of the children’s playground to guarantee the safety of the children and other visitors requesting the area.

Initially, SM management claimed that it was able to implement some P300,000 worth of projects within the children’s playground early this year which include concrete works on the grounds, repainting of existing swings and wielding works for the restoration of the railings within the park.

Further, the remaining P200,000 worth of improvement and maintenance projects in the park will be implemented by the designated contractor of SM management by April this year to help in improving the state of the children’s playground.

City Environment and Parks Management Officer Cordelia Lacsamana said the annual commitment of SM management to help improve the state of the children’s playground is a huge relief on the part of the local government in sourcing out available resources to sustain the development of the playground being frequented by children.

It can be recalled that in 2013, SM entered into an agreement with the local government for the company to help source out available resources to improve and maintain the children’s playground for the safety of the children and park goers.

Lacsamana assured the sustained partnership between the local government and SM management because it allows the city to utilize bulk of its available resources for the improvement and maintenance of other portions of Burnham Park, especially that the national government has stopped providing financial assistance for the administration, operation and maintenance of the 34-hectare premier tourist destination of the city.

Mayor Mauricio G. Domogan pointed out that the local government is heavily subsidizing the administration, operation and maintenance of Burnham Park because of the over P40 million required to annually maintain the park with the least infrastructure development, only 40 percent is being raised from the lease of the various portions of the park for different uses while the remaining 60 percent comes from the internally generated funds of the city.

While it is true that the management, operation and administration of Burnham Park was ceded to the local government by virtue of Executive Order No. 224 issued by former President Fidel V. Ramos and subsequently re-issued by former President Gloria Macapagal-Arroyo through EO 695, the local chief executive claimed the city cannot actually mortgage, encumber or even alter portions of the park without the approval of the Secretary of the Department of Tourism upon the recommendations of its attached agencies.