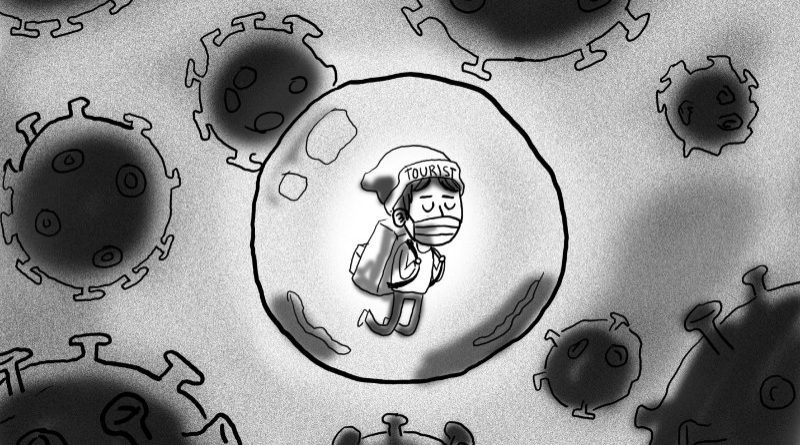 Last October 1, 020, Baguio City, Ilocos Norte, and Ilocos Sur started accepting local tourists from the city and the different provinces of Region I, popularly known as part of the Ilocos Region, as part of the gradual, calibrated and responsible opening of the local tourism industry that will eventually pave the way for the revival of the economy. The country’s economy is on a virtual slump because of the effects of the implementation of the various types of community quarantine over the past seven months to fight the spread of the dreaded Corona Virus Disease (COVID) 2019. Developed and developing countries are practically in the same boat because of the significant effects of the lockdowns to the national and local economies that caused most of the people to lose their jobs and sources of livelihood.

The Baguio-Region I tourism corridor or travel bubble had been highly publicized with no less than Tourism Secretary Bernadette Puyat as the poster girl of the bubble to entice people in the involved localities, Baguio, La Union, Pangasinan, Ilocos Sur and Ilocos Norte, to start moving around tourist destinations to re-start local economies towards recovery from the slump  created by the health pandemic. Obviously, local transmission of the deadly virus is within our midst and  people should not allow the same to further dampen the gains of the pre-COVID 19 local economy. Based on the data that was culled from the visita.baguio.gov.ph, there were only 4 travel visits to the city that had been approved from October 1-13, 2020 despite the over 2,050 who created their personal accounts, and the 236 individuals that applied for travel requests. Worst, in both Ilocos Norte and Ilocos Sur, there were no visitors to the tourist destinations opened by the local governments for visitors that will have to also apply to the similar online applications in both local governments.

Starting October 15, 202, Ilocos Norte announced it will also be accepting visitors from Luzon who will be able to qualify based on the crafted guidelines for the acceptance of visitors who must be COVID free when visiting the said place.

In a similar gesture, city tourism industry stakeholders also recommended to the inter-agency task force for the management of emerging and re-emerging infectious diseases that Baguio city should also be accepting tourists from the different parts of Luzon because of the bigger market of tourists from Central Luzon, Metro Manila and Southern Tagalog as evidenced by the data from the city’s online registration platform.

The very minimal tourist arrivals in the city and the absence of tourist arrivals in other localities included in the tourism corridor only shows that leisure or rest and recreation is not yet the priority of people. Obviously, the earnings of the people had already been drained after most of them were displaced from their work or had been underemployed because of the stoppage of most of the businesses thereby depriving them of income even until now that the levels of community quarantine had been downgraded. The data on actual number of visitors only indicates that people prefer to get back to work and start earning for the sustenance of their families rather than travelling around. People cannot afford to see their family members go hungry that is why their priority is to have a job and start being productive. Leisure will come later when things settle down and subsistence is assured.

While we go with the desire of workers in the hospitality industry for the possible resumption of tourism activities in identified premier destinations within the bubble, the data during the first week of operation of the travel corridor clearly indicates that it will be an uphill climb for the local tourism industry to recover. We pity our brothers and sisters in the heavily impacted industries that it might take a longer period for the economy to recover but we have to face reality.

What is important nowadays is for most people is to have assured food on the table, health to be able to work,  safety not to be infected with COVID 19. What matters for the people is to be healthy and safe to remain productive, and to have sustained sources of income. Everyone had a positive inclination that once the local tourism will be opened, there will be an influx of visitors but the same was not actually achieved because the people are not yet ready to spend for leisure as their remaining money will have to be spent for their own sustenance. Surely, the economy will bounce back in a slow and sure manner as evidenced by the data from the city’s online registration but it cannot be rushed. We have to learn to accept and deal with the real situation. Let us refrain from dreaming so big that we will just be demoralized by the dictates of realities on the ground. Let us not provide false hopes for our people but let us motivate them to be stronger than before to deal with the challenges we continue to face this prevailing pandemic.

This post has already been read 219 times!TABUK CITY, Kalinga – With the voter’s registration extended, the Commission on Elections