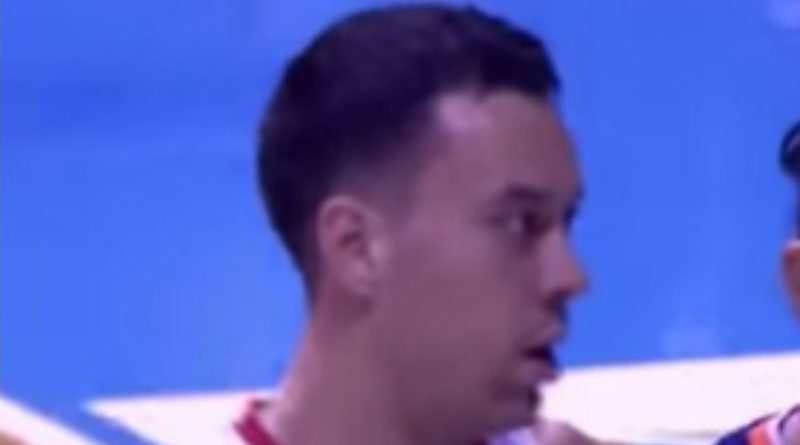 If you grew up as a basketball fan in the 2000s and below era, you probably couldn’t recognize PBA basketball as you knew it. Seriously.

Imagine yourself a Filipino astronaut who left earth to live in Mars during the time Alvin Patrimonio was dominating the PBA and returned in time to watch the 2019 PBA Governors’ Cup Finals as your first games since then, you will be wondering why Greg Slaughter isn’t starting the game and playing heavy minutes.

You might even be wondering why he would not put on more mass and muscle to become effective inside the paint.

I would like to see the picture your face would paint when informed that Slaughter even intentionally reduced his weight to become faster, more mobile on the floor.

Let’s talk more PBA and imagine an all-time fantasy mock draft where all players who set foot on the PBA hard court in their prime are available for us to build our all-time starting five.

Here’s who I would consider the foundation of my team and build around: Ricardo Brown and Robert Jaworski at guards, along with Arwind Santos at small forward.

Well, I want guys who are basically equipped with consistent shooting that extends to the three point area, can go to the basket, can keep up with their man in a fast-paced oriented game, and a have a manba-like competitive mindset for my all-time team.

I find the news of Greg Slaughter’s decision to take some time off basketball after the expiration of his contract with Ginebra San Miguel still shocking to a degree but not entirely out worldly. Limiting to just pay concerns, something in the valuation of his next contract must have dismayed or even insulted him.

So is with the trade rumors that surround him and why Ginebra might be willing to dump their seven-foot giant for the smaller but quicker Christian Standhardinger in his stead.

It was his “I’ve decided to take a break to be able to work on myself in all aspects” statement I find really fascinating.

You see, Slaughter’s value to Ginebra, or to other teams for that matter, was exposed during the 2018 PBA Governors’ Cup semifinals where a much smaller Magnolia Hotshots squad beat badly the then defending champions who had just won the Commissioner’s Cup and was parading basically the same squad that won the previous two editions of the Governors’ Cup.

Magnolia’s quick and sweet-shooting lineup was too fast for the Ginebra Twin Towers, Japeth Aguilar completing the other half of the tandem, in this series.

It’s basically a game of “you can’t beat what you can’t catch.

Tim Cone’s gambit of playing a big frontline and giving up an open long shot attempt in favor interior presence blew up in Ginebra’s faces when multiple Magnolia Hotshots keep on hitting their outside shots.

And when Rome Dela Rosa did an excellent job in keeping Justin Brownlee from making a big impact in the series, the supposed advantage that Ginebra has in having two skyscrapers was put into the spotlight.

Slaughter’s inability impose paint dominance on both ends of the floor over Romeo Travis or Ian Sangalang, given that he was already a liability in covering his man on defense that resulted to unmolested shots from afar, was really telling and revealed a lot of thoughts on how to build a championship roster nowadays.

I really wonder what Slaughter wants to achieve in “working on himself in all aspects” at 31 years old. He did start to reinvent his game by becoming more mobile and penetrated to the basket more often.

It is just that his dominance in the paint in a guard oriented game wasn’t as good as that of June Mar Fajardo’s. Slaughter’s main advantage was more of his being tall when the action goes inside the paint.

Slaughter allegedly said he is taking a break because he doesn’t want to be traded out of the Barangay and wants to end his career with Ginebra.

Here’s hoping that Slaughter could find a resolution to his dilemma because could still be a vital component for a championship-seeking team.

However, Slaughter might be down to one option if he indeed wants to stay with Ginebra, take a massive pay cut and accept a back-up role.

For the Slaugher-Aguilar tandem to be on the floor for most of the game, either or both of them need to extend their shooting range and develop a consistent three point shot.

Aguilar, most probably, has a better chance at this but that range hasn’t been consistent yet for Japeth so far.

And it stings for Slaughter that his career is dependent on somebody else.

The Twin Towers concept, like how Marlou Aquino and Noli Locsin worked wonders for the Gin Kings before, is not appealing much to teams these days.

On the PBA era of the “Protected Four”, and why it was then: Use of Dominant Bigman in the PBA becoming Extinct?

Insights on the illegal defense and driving to the basket of posting up as the best option then here: TV made Teams covet Big Men

Why building of a team around a twin tower combination, whose primary assets are just being tall and who are not quick enough to extend their defense to the three point area, maybe laughable now: The Reign of the “Small Ball”

8       8SharesThis post has already been read 2764 times!The city identified some twelve priority investment areas that are expected to contribute in efforts