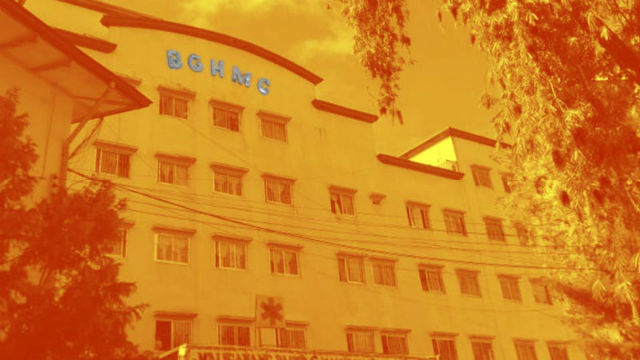 Health authorities admitted the situation of the Coronavirus Diseases 2019 (COVID-19) cases in the city reached the critical level following the significant increase in the number of severe and critical patients continue to increase over the past three months.

Dr. Thea Pamela Cajulao, head of the infection prevention and control division of the Baguio General Hospital and Medical Center (BGHMC), stated that the continuous increase in the number of severe and critical cases being confined in the hospital is alarming that warrants the strict adherence of the people to the prescribed minimum health and safety protocols.

Based on the data obtained from the BGHMC, there were 6 critical and 4 severe COVID patients that were confined in the hospital in September.

Further, the severe and critical COVID cases that were admitted in the hospital significantly increased to 20 and 10, respectively, in October.

With a few more days before the end of November, the BGHMC already recorded some 20 severe and 6 critical patients that have been confined in the government health facility.

According to her, another factor why health experts consider the COVID cases in the city as critical is the sudden surge in the number of health workers who have been infected with the deadly virus that might affect their performance in the handling of incoming cases being treated in the hospital.

The BGHMC data showed that there are already 101 health workers who have contracted the deadly virus since the implementation of the Luzonwide lockdown in March but what is alarming is the drastic increase in the number of health workers who were infected over the past two months.

Of the aforesaid number of health workers detected to have COVID, 34 of them tested positive for the virus in the first three weeks of November while 18 of them got the illness last month.

BGHMC is the only public tertiary hospital in the city attending to the needs of the increasing number of confirmed COVID cases.

In the City Health Services Office, there are already 2 medical doctors, 2 barangay health workers and 1 contact tracer who had been infected with the virus over the past several months.

Cajulao appealed to the residents to continue to strictly adhere to the prescribed basic health and safety protocols, such as the wearing of face masks and shields, the observance of physical distancing and the practice of personal hygiene, to prevent them from being exposed to the elements that might make them prone to contracting the illness.

The BGHMC doctor asserted that the health workers are already overwhelmed with the surge in the number of cases previously so the cooperation of the public is needed to avoid the occurrence of a worst case scenario that would cause the health care system to be stressed.

This post has already been read 17109 times!…if they played under 1998 rules and style. Sorry, Draymond Green. Yeah, you