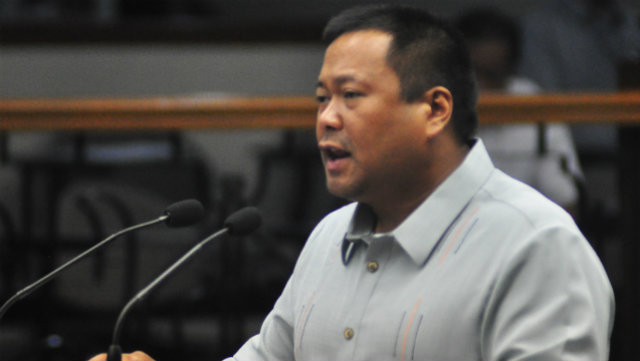 BONTOC, Mountain Province  – Senator Joseph Victor Ejercito criticized the management of the Tourism Infrastructure and Enterprise Zone Authority (TIEZA) for its alleged wrong prioritization in the allocation of the agency’s meager tourism development funds that have significantly affected the growth of tourism in the countryside.

Ejercito, who was one of the guests of honor and speakers during the 14th edition of the province’s Lang-ay festival here recently, said that he was disappointed over the sad state of the TIEZA-owned Banaue hotel in Banaue, Ifugao and the Mount Data hotel in Bauko, Mountain Province after the said government facilities were left out in the priorities of the agency despite being premier loading centers in the said places.

“We need to call the attention of TIEZA officials on the matter because it seems that the limited funds of the agency are being used for their projects that are not supposed to be prioritized simply because the projects had been requested by lawmakers in the different congressional districts,” Senator Ejercito stressed.

The vice chairman of the Senate committee on tourism said in the case of the Banaue hotel, it fixtures date back to the late 1970s which is quite ironic while in the case of the Mount Data hotel, TIEZA took its management back from the provincial government but left it unattended for over two years now amidst the existence of a P200 million plan for its total rehabilitation and upgrading.

According to him, what is being done by TIEZA is to apportion its limited budget to small projects spread over the country’s less than 300 legislative districts that is why the agency does not have a high impact tourism development project which has significantly affected the state of tourism destinations in strategic areas of the country over the past several years.

Senator Ejercito claimed that he will bring his observation to the attention of TIEZA officials so that appropriate changes could be done in the agency’s strategy in the use of its limited funds so that there will be significant tourism-related projects that could be completed in various parts of the country in the remaining years of President Rodrigo Duterte in power.

He emphasized that the agency should identify the priori8ty tourism projects that need immediate funding so that the available funds could be used for such high impact tourism projects before providing funding for the identified second priority projects to allow the presence of development projects that will have an impact in enticing foreign and domestic visitors to frequent improved tourist destinations around the country.

He underscored that Ifugao and Mountain Province are two beautiful ecotourist destinations which foreign and domestic visit5ors now frequent, thus, government must also do its part by providing the tourists the appropriate facilities that will allow them to extend their stay in the said areas instead of simply passing by the said scenic destinations worthy of exploring in the future.

Ejercito said that he will come back to the province and try to visit other famous tourist destinations in the different parts of the country so that he will be able to provide whatever assistance in the development of the countryside in the future.