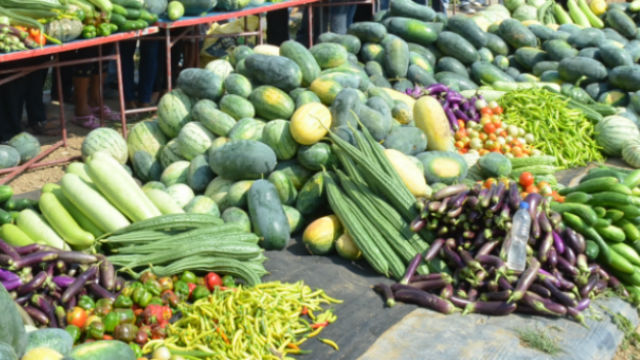 LA TRINIDAD, Benguet  – Senator Joseph Victor Ejercito said the Senate committee on agriculture will conduct an inquiry anytime this month on the unabated smuggling of agricultural crops that have caused a drop in the prices of locally produced vegetables greatly affecting the livelihood of Filipinos in the agriculture sector.

He warned BOC officials to report if they have apprehended and charged smugglers of agricultural crops with economic sabotage pursuant to the provisions of the law because the Senate will be constrained to make drastic actions against them if it will be uncovered that they were remiss in their duties.

Provincial officials led by Gov. Crescencio Pacalso and concerned farmers associations informed Senator Ejercito during his visit here Saturday the unabated smuggling of vegetables which are openly sold in Divisoria and Cebu and which are also being shipped through the Cagayan de Oro port that directly compete with locally produced ones resulting in the sudden drop in the buying prices of locally produced agricultural crops.

Based on the pieces of evidence obtained by local farmers, Chinese carrots that have been smuggled into the country took four months before they rot while Chinese potatoes that were sneaked into the various ports germinated instead of rotting after three months of being stocked by one of the associations to show proof of the unabated smuggling of agricultural crops in the country.

“It will be unacceptable and unforgivable if BOC officials will report to us that no smuggler was arrested or charged. Something must be done to erring BOC officials who were actually remiss in their duties in allowing the smooth entry of smuggled agricultural crops to the country which had directly affected the livelihood of our farmers,” Senator Ejercito stressed.

Aside from highland vegetables, the senator added other agricultural crops that are now suffering from the smuggling of agricultural crops include garlic, onions and even rice, thus, the need for BOC officials to do a lot of explaining on their failure to stop the illegal activity.

Senator Ejercito urged local farmers to do an information and education campaign to counter the negative effects of smuggling both to the prices of locally produced vegetables and to the health of consumers as smuggled ones have been injected with poisonous preservatives.

October 19, 2021 Hent Comments Off on Stable supply of strawberries assured

LA TRINIDAD, Benguet – The municipal government assured that there will be adequate supply of strawberries in the municipality amidst