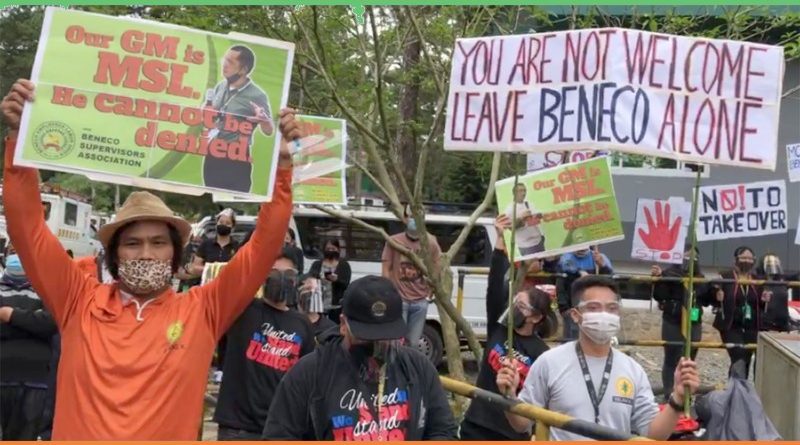 BAGUIO CITY – The Philippine Rural Electric Cooperatives Association (PHILRECA) called on the Senate to intervene on the brewing leadership impasse in the Benguet Electric Cooperative (BENECO) by compelling the Department of Energy (DOE) and the National Electrification Administration (NEA) to respect the decision of the member-consumer owners (MCOs) in the selection of the general manager of one of the country’s top performing electric cooperatives.

In her letter to Senator Sherwin Gatchalian, chairman of the Senate committee on energy, PHILRECA Executive Director lawyer Janeene D. Colingan, pointed out that NEA has no power to takeover the management of BENECO, unless the agency can consider and could prove that it is an ailing cooperative but on the contrary, BENECO has been a model of excellent operation and brilliant service to its MCOs.

However, she claimed that as a non-government organization cannot do anything in as far as NEA’s illegal use of its authority in deputizing the Philippine National Police (PNP) who came in heavily armed and in full battle gear to forcible takeover the BENECO main headquarters at around 3 am of October 18, 2021.

The PHILRECA official asserted that BENECO MCOs and the Board of Directors have already spoken that Engr. Melchor S. Licoben is the legitimate general manager and that the NEA-appointed general manager, lawyer Ana Marie Rafael, who does not possess the minimum qualifications for the said post, has no place in BENECO.

Last Wednesday, thousands of MCOS trooped to the BENECO main headquarters and served a number of resolutions to Rafael and the police force deployed, including, but not limited to rejecting the preventive suspension order against Licoben and 7 members of the Board of Directors, rejecting the assignment of a project supervisor in BENECO and declaring the members of the NEA–Board of Administrators persona non grata, specifically Energy Undersecretary Emanuel Juanesa, alternate chair of the NEA-BOA, Agustin Maddatu, Alipio Badilies and Rene Gonzales, including lawyer Omar Mayo, who was designated as project supervisor of BENECO.

BENECO received some 193 resolutions and manifesto expressing their support to Engr. Licoben as its general manager but the PHILRECA is seeking the Senate’s intervention on the aforesaid matter to resolve the current leadership crisis.

Colingan disclosed that this is not the first time that NEA and its agents have tried to force their way inside the BENECO offices, a well performing electric cooperative, as since last month Rafael, NEA-designated project supervisor Mayo and NEA alternate chairman and now Administrator Juanesa had been using their influence and position to try to circumvent the decision of the legitimate representatives of the MCOs, the ones ultimately empowered and authorized to manage the affairs of the cooperative.

Worst, despite the result of the investigation of the House Committee on Energy as adopted by the entire members of the House of Representatives, despite the resistance of local governments in Baguio and Benguet and the MCOs themselves, despite the opposition of NEA’s own legal department and despite the overwhelming support of MCOs who are the real owners of the electric cooperative, the NEA-BOA headed by Juanesa imposed on BENECO its endorsement of Rafael as general manager who has been found unqualified for the position in the first place.

According to her, all the aforesaid outright irregularities are being executed to prevent the legitimate and qualified general manager to handle the operations of BENECO, and instead, to bring in the unqualified and illegally appointed applicant to the position of general manager.

On April 21, 2020, the BENECO board passed Resolution No. 2020-90 that appointed Engr. Licoben as the permanent general manager effective May 1, 2020 after the retirement of its former general manager.

Under NEA Memorandum 2017-035, the Board of Directors is given the option to hire and select a general manager in case of vacancy which was the one adopted by the BENECO board in passing Resolution NO. 2020-090.

Ironically, the NEA has accepted an applicant endorsed and eventually appointed Rafael which the BENECO board and MCOs rejected through a resolution approved and ratified during the annual general membership assembly.

PHILRECA argued that without an appointment coming from the BENECO Board of Directors, the highest policy-making body of any cooperative, that endorsement from NEA means nothing.

Colingan asserted that NEA’s insistence to enforce its own interpretation and application of the law is the primary cause of the said chaos in BENECO. By HENT