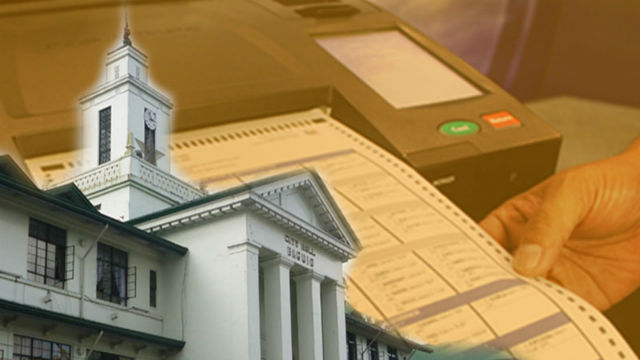 The newest kid in the city’s political landscape has gotten a big boost, like a breath of fresh air, in his quest to serve the country’s summer capital as City Mayor.

“If there is one person in whom I will entrust a delicate and dangerous mission, without having to doubt its outcome or result, hands down and without mental reservation, I will assign it to General Magalong,” the Senator declared, emphasizing that the May 13 elections is an opportunity for Baguio City, “para sa kababayan natin dito, to elect and be led by someone like General Magalong, who has both the integrity and competence for the job.”

Lacson recalled that Gen. Magalong, now two years retired from the PNP,  sought his thoughts when it was time to release the result of the PNP Board of Inquiry investigation on the Mamasapano incident, he gave him a simple advice: “Sinabi ko lang sa kanya, career or character ang nakasalang dyan. Tiyak may pressure dyan. Pag sumuko ka, pinili mo your career and a job promotion (PNP Chief),pero pag nanindigan ka, goodbye career na yan.”

Lacson advised the barangay folks who comprised his audience to consider Magalong based on what he brings, emphasizing the need for Baguio at this time for someone like Magalong, who has both competence and integrity to deal with local government issues and concerns. “Kasi minsan, kung meron kang competence, pero walang integrity, baka nanakawan lang kayong taga-Baguio. Kung meron namang integrity at walang competence, lolokohin ka lang ng mga kasama mo sa gobyerno.”

The senator further recalled that before becoming PNP Chief, he headed the presidential Anti-Organized Crime Task Force that went after kidnap-for-ranson crime syndicates. According to him, he relied completely on Magalong who was then commander of the PNP Special Action Force in heading the rescue missions of KFR victims that resulted in the successful prosecution and conviction of 80 perpetrators.

Lacson revealed that after these rescue missions, the families of the KFR victims came back to him with offers of monetary rewards for Magalong’s team. He recalled that Magalong politely declined, telling them “Sir, Mam, we’re just doing our job.”

For the Baguio boy who forsook career promotion for standing his ground in the Mamasapano investigation that snuffed the life of 44 Special Action Force troopers, that day with Senator Lacson came like a blast of fresh air amid the heat, hustle and bustle of a local campaign.

Magalong has been a familiar figure these past weeks as he led his team of campaigners criss-crossing the city’s various communities, an up-and-down trek buoyed up by a resurgent clamor of residents for alleviation and eventual amelioration from Baguio’s urban woes.

With almost 39 years in public service, Magalong believes that he can wield the strong leadership needed to make the city government and stakeholders within the community to work together in resolving the vital issues that impact on the environment, traffic mobility, peace and order, education and health, tourism and trade, arts, culture and historical site preservation and government processes.

“We must push for drastic changes in the way we do things to save Baguio, to bring about reforms in governance, and re-instill the need for disciplined action built around a good listening leadership sustained by a partnered responsible citizenship,“ Magalong used to stress this message in his barangay sorties and public discussions.