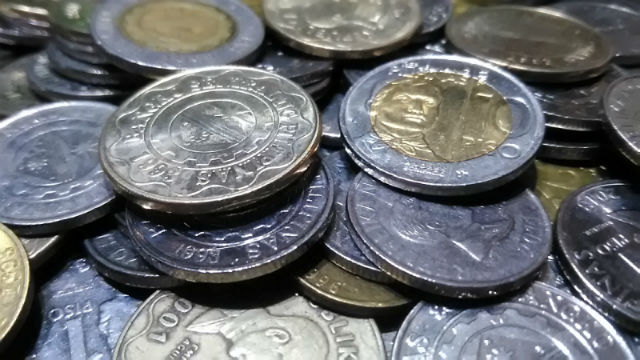 The Securities and Exchange Commission (SEC) has warned the public against individuals and groups engaged in unauthorized investment-taking activities disguised as cryptocurrency trading and franchising.

In separate advisories issued on February 9, the Commission advised the public to exercise caution when dealing with Jams Mart, Solmax Global Limited and Igniter 100, as well as BitAccelerate.

All three groups have not secured the necessary licenses to offer securities for sale within the Philippines, as required under Republic Act No. 8799, or the Securities Regulation Code.

The SEC warned all individuals and/or entities involved in the unauthorized investment-taking activities of the strict penalties provided under the Securities Regulation Code, and other laws, rules and regulations enforced by the Commission.

The Securities Regulation Code, for one, punishes those who act as salesmen, brokers, dealers or agents with a maximum fine of P5 million or imprisonment of up to 21 years or both.

Similarly, those who invite or recruit others to join or invest in such venture or offer investment contracts or securities to the public may incur criminal liability, or otherwise be sanctioned or penalized accordingly, as held by the Supreme Court in the case of SEC vs. Oudine Santos (G.R. No. 195542, 19 March 2014).

Jams Mart, which is headed by a certain Niño Luis A. Jamili, is not registered with the SEC either as a corporation or as a partnership.

The group has been offering investments to the public through its franchise investment program, where investors are promised up to 300% or returns within one year.

Availing of the 100% franchising agreement for P1.5 million would entitle an investor to 10% monthly interest and a 15% share in its monthly earnings, totaling 300% returns for an entire year.

Solmax Global and Igniter 100, meanwhile, have been enticing the public to invest in its initial coin offering (ICO) through its Filipino Independent Marketing Partners (IMP).

The groups’ ICO supposedly involves their cryptocurrency called “Equity Token” or “i100” valued at 0.38 pounds per token/share as of November 2020, with expectations that the price would drastically increase once listed in the open market this year.

The investment packages range from £25 to £5,000, with a total guaranteed passive income of 1 percent per day for a total of 200 percent for 200 days. The investor could increase their returns to 2 percent per day for 100 days if they could recruit at least three more into the scheme.

The investor has the option to lock in their investment for a year in exchange for a bigger income, depending on the corresponding number of Equity Tokens or i100 shares derived from their chosen package. Based on a projected value of £6 to £8 per share once the tokens are listed, investing in Solmax and Igniter 100 could allegedly generate returns of 1,500 percent.

Solmax and Igniter 100 also provides other income opportunities for investors, such as ranking bonuses, referral commissions, binary bonuses, matching bonuses, global pool bonuses, as well as car, travel, and gadget incentives, among others.

The SEC warned that Solmax and Igniter 100, despite claiming legitimacy abroad, may be operating a Ponzi scheme, wherein early-stage investors are likely to be paid out from investments of new investors instead of from the sale of legitimate products or services.

Furthermore, both entities have not secured a license from the SEC to conduct its ICO within the Philippines. They are neither included among the registered banks, exchanges, or companies engaged in digital assets with the Bangko Sentral ng Pilipinas.

BitAccelerate, which also operates under the names Bitaccelerateproject.com, BA, and BitAccelerator, claims to be operating a crowdfunding international platform that provides investors both long-term active and passive income.

Investors could supposedly generate income from BitAccelerate’s compensation plans, depending on the number of referrals and/or membership fees they have gathered. The investor will then be asked to download the Telegram app, where they could input their investments through the BitAccelerate Bot.

Investors could generate up to 350 percent maximum passive income from their investments, or about 2 percent to 8 percent daily profit.

BitAccelerate’s so-called smart contract partakes of the nature of securities through an investment contract, where investors need not exert any effort other than to invest or place money for them to earn a profit, according to the SEC.

The Commission reminded the public that cryptocurrencies are very volatile and involve a higher degree of risk, making any promise of lucrative returns “truly ambiguous.”

The public is encouraged to visit the SEC website at www.sec.gov.ph to see its regularly issued advisories and to report unauthorized investment-taking and suspicious activities of corporations to the SEC Enforcement and Investor Protection Department through email at epd@sec.gov.ph.