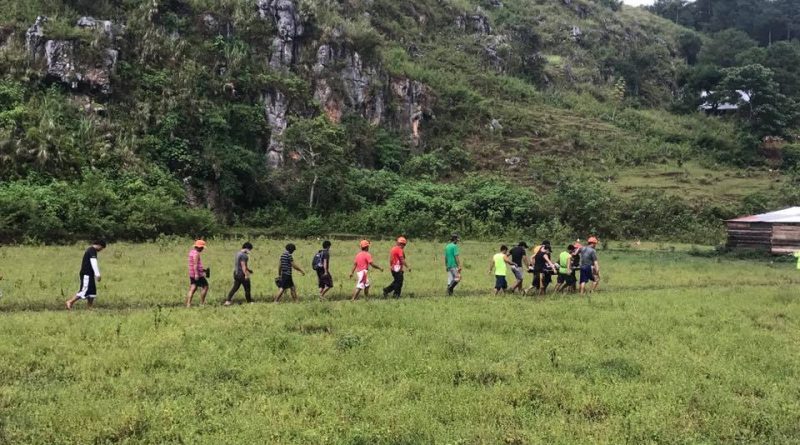 Update: Reports from the MPDRRMO  confirm that the body of Roderick Malecdan was retrieved out from Victoria Cave at 4:20 this afternoon, July 18. A ritual was performed right after he was brought out from the caverns before he was carried up to the road. Malecdan’s body was brought directly to St. Theodore’s Hospital for postmortem and brought home to Demang, Sagada before sunrise of July 19.

The body of the 23 year old local guide from Sagada has been spotted sandwiched among rocks underwater inside the cave at half past 12:00 noon of July 18. Responder-elements from the Philippine Navy sent by OCD-CAR made the extrication of the body.

Original story: Concerned residents and rescuers are still conducting a massive search and rescue operation for a missing tour guide who was believed to have been flushed inside a deep portion of a still unexplored Victoria tunnel at Maduto, Amkileng, here, Sunday night.

Police authorities identified the missing tour guide as Roderick Malecdan of legal age and a native of Sagada, Mountain Province.

Initial police investigation showed 7 tour guides allegedly entered the Victoria cave purposely to explore the said cave in preparation for the visit of tourists when a huge volume of water trigged by the early afternoon rains suddenly entered the tunnel and flushed them inside.

4 tourist guides were able to come out of the cave while 2 of them were initially rescued by responding rescuers and 1 remained missing as of press time.

Rescuers were able to identify the area where the missing tourist guide and they are expected to scour the area once the water level inside the tunnel will drop to a manageable level.