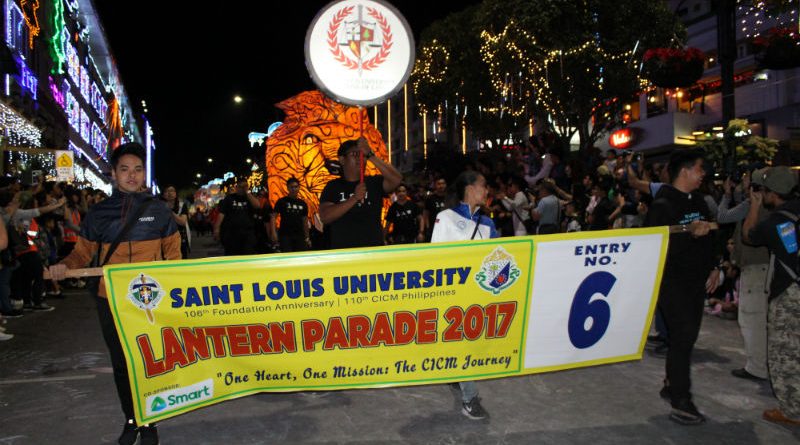 BAGUIO CITY – The School of Law (SOL) of the Saint Louis University (SLU) took home the most coveted title while the School of Engineering and Architecture (SEA) presented the best main lantern power them to runner-up honors during the 2017 SLU Lantern Parade held last December 1, 2017, at Session Road-Athletic Bowl, here.

The future lawyers paraded a tiger inspired mother lantern followed by well-lighted circular, cubic and rectangular lanterns filled with illustrations that included ethnic designs that, when combined, will form a bigger picture to take home the overall title in this year’s parade of the lanterns.

Their presentation also earned them the Most Colorful award as well as the Most Disciplined citation.

On the other hand, SEA team members paddled out a vintage ship inspired banner lantern to bag the Best Mother Lantern award.

Their efforts also net them the Most Colorful award on top their silver finish.

The School of Medicine, last year’s winner of the overall title, came out with the Best Parade Concept with their Dove flying over bells routine. They settled for third place this year.

The Junior High School Department at fourth and the School of Teacher Education and Liberal Arts at fifth round up the winners of this year’s parade of the lanterns.