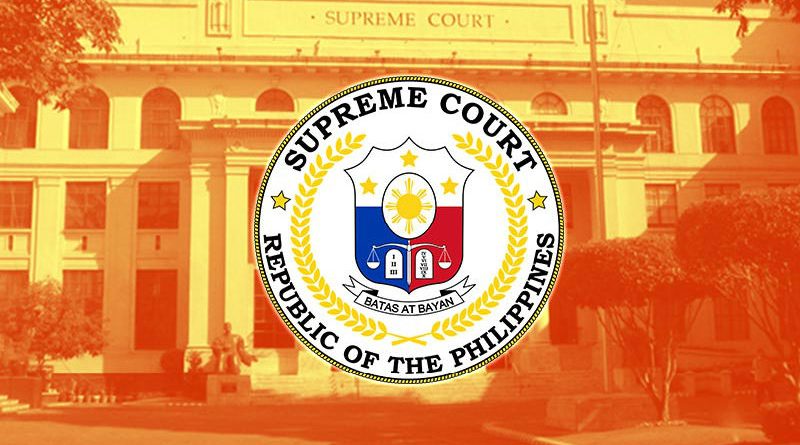 BAGUIO CITY– The Supreme Court (SC) en banc issued a temporary restraining order that prevented the Commission on Elections (COMELEC) from delisting the IPEACE EPANAW Party-list group from the roster of party-list organizations that are allowed to participate in the upcoming May 9, 2021 synchronized national and local elections.

In a 3-page en banc order dated December 21, 2021 signed by Clerk of Court Marife M. Lomibao-Cuevas, the High Court stated that the petition for issuance of temporary restraining order filed by the Mindanao Indigenous Peoples Conference for Peace and Development (MIPCPD) represented by its chairperson Datu Joel A. Unad appears to be sufficient in form and substance.

Considering the allegations contained, the SC pointed out that the issues raised and the arguments adduced in the aforesaid petition, it is necessary and proper to temporarily issue the desired order to require the poll body to comment on the said petition within a non-extendible period of 10 days from notice and grant the prayer for the issuance of the restraining order enjoining the COMELEC its assailed order and resolution in favor as the petitioner MIPCPD is concerned.

Earlier, a petition with urgent application for the issuance of status quo ante order exparte, mandatory injunction, and temporary restraining order was filed by counsel for petitioner MIPCPD assailing the order dated August 13, 2021 in SPP No. 21-200PL and Resolution No. 10735 dated December 1, 2021, both of the poll body, dismissing the petition for registration as a party-list group filed by the petitioner and denying the latter’s motion for reconsideration among others, respectively.

The party-list group aims to unite the indigenous peoples in Mindanao as a vehicle for social, political and cultural transformation towards the attainment of its goals a and aspirations as provided under existing laws.

Further, it also envisions to strengthen a unified and consolidated indigenous peoples voice in Mindanao that will ascertain the significance and participation in nation building through partnership with other stakeholders in the development and protection of the ancestral domains.

The group envisions an empowered indigenous people in Mindanao, recognizing its tri-people character, secured in their indigenous peoples rights as prescribed by their culture, by the law and international policy of human security, collectively developing and preserving their ancestral domain in communities to attain peace and development and participate in nation building.

On April 1-3, 2003, the very first Mindanao indigenous peoples convention was held at Lenmar Apartelle in Davao City attended by more than 400 IP leaders from all regions in Mindanao with the theme “Bridging the Gap: A Celebration of Convergence of the government and IP Sector.’ Subsequently, the Mindanao Indigenous Peoples Conference for Peace and Development was formally created.

Former regional director Marlon Bosantog of the Cordillera office of the National Commission on Indigenous Peoples (NCIP-CAR) is the second nominee of the said party-list group representing the indigenous peoples of the Cordillera.