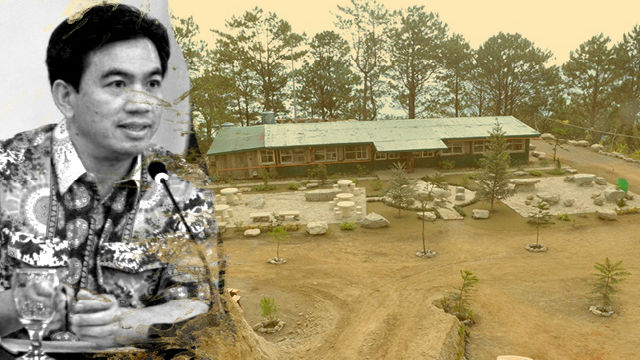 BAGUIO CITY  – The 1st Division of the Supreme Court (SC) dismissed three separate petitions for certiorari filed by former Rep.  Nicasio M. Aliping, Romeo U. Aquino of RUA Construction Company and William T. Go of Goldrich Construction. The petitions questioned the earlier finding of the Ombudsman that indicted them for violating pertinent provisions of Presidential Decree (PD) 705, or the Forestry Reform Code of the Philippines, for alleged lack of merit.

In its resolution dated June 5, 2017 the SC stated that after a judicious study of the case, the court resolved to dismiss the instant petition for certiorari for Aliping’s failure to sufficiently show that the Office of the Ombudsman gravely abused its discretion in issuing its October 5, 2015 and August 24, 2016 order in OMB-L-C-15-0094, finding probable cause to indict him for violation of Section 77 and Section 78 of PD No. 705 otherwise known as the Revised Forestry Code of the Philippines as amended.

The High Court stated that as correctly ruled by the Ombudsman, the area being claimed by Aliping had already been declared as a forest reservation since 1940, hence incapable of private ownership regardless of the fact that the forest land is already inhabited and national roads or buildings have been constructed in the said area.

Moreover, the resolution pointed out it is undisputed that Aliping started the levelling and excavation activities without the necessary excavation permit.

“Accordingly, no grave abuse of discretion can be attributed on the Ombudsman’s finding of probable cause against petitioner who stands charged for violation of a special statutory law which is considered mala prohibita where the only inquiry is whether or not the law has been violated,” the resolution added.

With the denial of the instant petition for certiorari the SC also ruled that Aliping’s prayer for the issuance of a temporary restraining order is necessarily denied.

In separate resolutions dated April 24, 2017 and March 30, 2017 the SC also dismissed separate petitions for certiorari filed by Aquino and Go which also questioned the assailed decision of the Ombudsman for lack of merit, and denied their prayer for the issuance of a temporary restraining order against the implementation of the said Ombudsman ruling.

The case stemmed from the alleged massive tree cutting and excavation activities done by Aliping who commissioned three property developers to undertake the questioned alleged illegal activities within his declared property situated within the Mt. Sto. Tomas watershed several years back.

The Department of Environment and Natural Resources conducted an investigation on the said controversy and based on their report there were more than 700 tree seedlings and saplings allegedly destroyed in the area during the said excavation activities done in the former lawmaker’s declared property.

Earlier, the Ombudsman recommended the filing of the charges for violation of PD 705 against the former lawmaker and the three property developers before the Regional Trial Court Branch 10 in La Trinidad, which is the designated environmental court for Benguet.

The petitioners filed separate motions for reconsideration, elevating the matter to the SC en banc seeking reversal the resolution of the 1st Division of the Supreme Court. By HENT