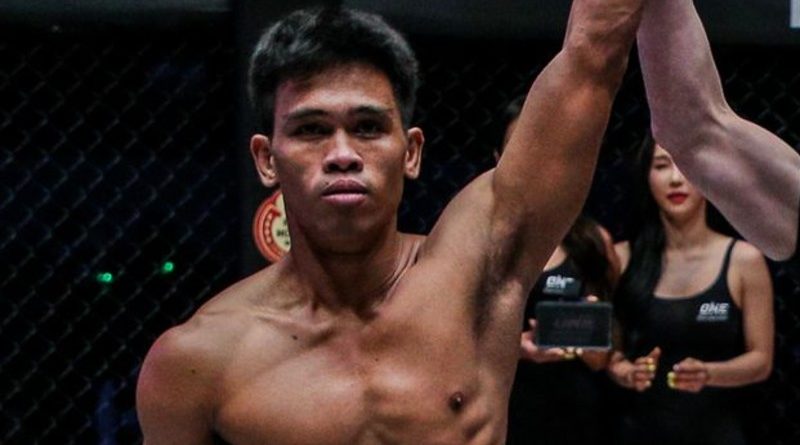 Ramon Gonzales may be catching his next opponent at just the right time. A chance to take out Indonesian rising star Eko Roni Saputra early in his ascent through the ranks could give Gonzales the momentum he needs to break into the top of the division and enter the world title picture.

Gonzales and Saputra go head-to-head at ONE: INSIDE THE MATRIX II, a previously-recorded event from the Singapore Indoor Stadium in Singapore scheduled for air this Friday, November 6, 2020.

The man they call “The Bicolano” is all but ready to step inside the ONE circle and take on one of his toughest opponents to date. And he’s ready for wherever the fight will take him.

“I am not a sports critique but Eko Roni performed well in his previous fights. He’s obviously a good wrestler, and I’ve prepared well for that,” said Gonzales.

Saputra is an Indonesian national wrestling champion, known for his overpowering grappling game. He has three victories so far, all three wins ending inside the distance, including two by submission and one by knockout.

Gonzales, a three-time Filipino Kyokushin Karate Champion, knows he’s in for a rough ride. But he’s confident he can overcome the many problems Saputra will present in the Circle and come out victoriously.

“Anyone in this division (flyweight) is a legit contender. It’s a very deep division, one of the deepest in the promotion, and I also want to climb the ladder,” said Gonzales, who has won three of his last four bouts with ONE Championship.

“We both have our strengths, I just want to do my best in every situation. As a martial artist, I have to be prepared for anything. That’s why I constantly work on all aspects of my game.”

Saputra is quickly on the rise and is getting better with each fight. A victory over Saputra now will be perfect timing, according to Gonzales. To beat a young, confident fighter on the brink of superstardom should help Gonzales climb through the ranks.

“It’s a big opportunity for me. As I’ve said, whoever would be my opponent, I am always making sure that I will give my best and win. Right now, that’s Eko Roni, so I have to beat the guy in front of me,” said Gonzales.

“I want to make my country proud and win.”

The main bout of this event will pit reigning ONE Welterweight World Champion Kiamrian Abbasov of Kyrgyzstan against undefeated top contender James Nakashima of the United States for the first defense of the world title.

This post has already been read 234 times!Biscuit and snack food giant Rebisco is all-out for Philippine volleyball. The main