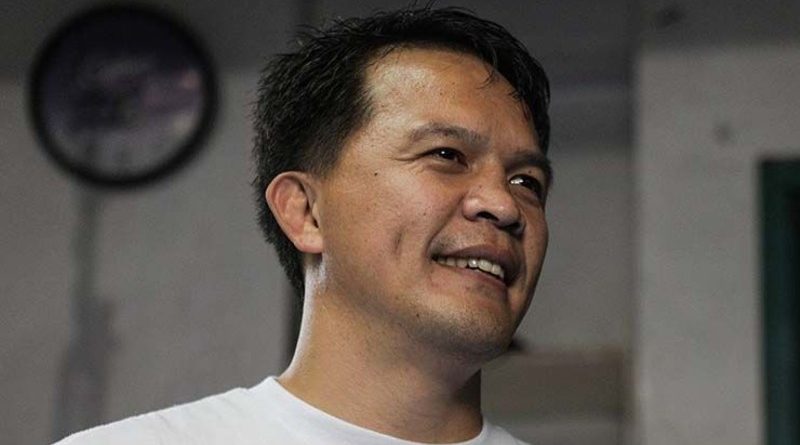 Legendary Team Lakay head coach Mark Sangiao shared the nation’s glee in celebrating the unprecedented showing of  Team Philippines in the recently concluded 2020 Tokyo Olympics while giving his two cents on the support and criticisms given the athletes.

“I wanted to start this week with the utmost gratitude and a rightful salute to our Filipino athletes, to the coaches, and all of the people who were responsible in our country’s triumphant participation in the Olympics,” he said early this week.

The Filipino Olympiads rewarded the Philippines’ its biggest medal haul in history, a gold, two silvers, and a bronze, and placing the nation at 50th place in the final medal tally.

The twin silvers of Petecio and Paalam in boxing would still have been the best finish of the Phillipines even without Diaz’s gold.

Sangiao, himself a former national athlete and a national team coach, could relate to the tough journey these athletes have gone through to get to their sport’s pinnacles.

“As an athlete and now a coach, I understand how difficult the road every athlete takes, all those sacrifices, all those challenges, both physical and emotional, all those tireless hours spent when all your body, your heart, and your mind are on the verge of quitting, aside from that is the lack of financial help. But you take it all in, rise up, and continue training. It’s really difficult,” he said.

Sangiao is not a stranger to situations of achieving success at its pinnacle or pursuing an athletic craft with insufficient funding. It is now well-documented how he established the Team Lakay gym starting practically from scratch until the point where his fighters held four ONE Championship belts simultaneously.

For someone who didn’t experienced this, they may not have an idea about starting from the bottom.

“Sometimes, all we see are the shiny medals and trophies which are a product of all of these agonizing processes. Our support is always big and our applause is always heard in their moments of glory. Sometimes, we only get to know them and praise them in moments where they bring our country glory, in moments where we proudly say that we’re ‘proud to be Pinoy.'”, he elaborated.

While Filipinos have the right to hold their national athletes accountable for the taxpayers money they used in training with good results, Sangiao’s words on the timing of the support from both government and private sectors couldn’t be any truer.

The monetary pledges these winning athletes received after the medal accomplishments were rightful rewards and nice gestures for the pride they brought to the country.

But these kinds of support would have been of better use if given when they were preparing for war. After all, being given something of value first is where the accountability counts.

It long has been the complaint of national athletes of their concerns about training in dingy gyms, using old apparatuses, and spending their own resources, among others, while representing the Philippines in the international stage.

These pledges could have certainly help avoid circumstances like these when given during training.

“I just hope that for all of our brave athletes’ blood, sweat, and tears, we learn how to understand and support them whenever they win or lose. I wish that in all of their moments, not just during when they are on top, we wholeheartedly shout, ‘Hail the Filipino athletes!'”, emphasized Sangiao.

He also shared his thoughts about vouching and backing these athletes even in their lowest points and encourage them to put more effort to rise up again.

“But Kabayan, with all my heart, I also wish that in moments where our athletes fail, more than anytime, we need to be there to console them, that we’re there for their eventual comeback and return. These are the moments that they need our understanding and appreciation for all of their sacrifices,” he said.

“There’s a sense to that and it leaves a big impact for our athletes when we simply say, ‘Thank you Kabayan. We’re still here to support you. Keep on fighting,’ the same way that it hurts them when we belittle their efforts while we only watch them and we say, ‘What’s with this loss? How can he be an athlete if he’s this weak? Who is this? He’s embarrassing!’

There are surely many ways to push athletes to win in competitions. But take it from this winning coach and mentor, negativity is not a good route to thread.

5       5SharesThis post has already been read 4648 times!The city is looking for a private entity that is willing to partner