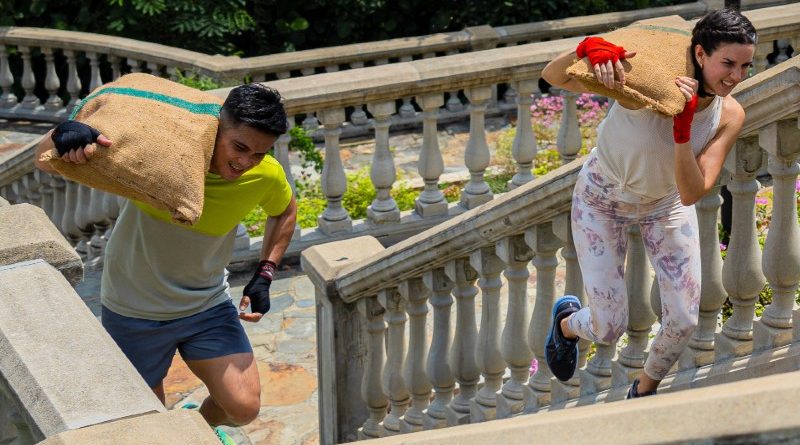 Louie Sangalang failed to deliver the final blow as he fell to Jessica Ramella in the 13th and final episode of The Apprentice: ONE Championship Edition aired last Thursday, June 10, 2021.

Sangalang’s advantage in having a better record on being a project manager, 2-0 to the Venezuelan’s 1-0, and physical task 7-2 to 4-5, could not offset Ramella’s better track record, 7-3 to Sangalang’s 5-5, and for being charismatic, decisive, honest and passionate.

Ramella, best known for voicing loudly her displeasure on ONE Championship Chairman and CEO Chatri Sityodtong’s evaluation of her in Episode 12, got the nod as Sityodtong considered Sangalang as “too perfect” for the role while lacking the necessary cut in his emotion and a flaw on leadership.

The finalists were served breakfast and able to a chat for their loved ones through Zoom. The candidates then undergo an exercise regimen based on training for mixed martial arts industry for their physical task while the final task composed of the candidates undergoing a gruelling one-on-one interviews with Sityodtong and guest judge Anthony Tan, co-founder and group CEO of Grab.

Sityodtong sat down with Ramella and Sangalang over breakfast at the Andaz Presidential Suite.

The ONE top honcho said Ramella possessed the main attributes he was looking for in a Chief Of Staff, which includes creative hustle, likeability, and intelligence. He labeled Sangalang a “silent assassin” whose best qualities include being cool, calm, and collected under pressure. The ONE CEO also praised his outstanding leadership capabilities.

Before leaving the candidates for the day, Sityodtong presented them with a special message from Eric Yuan, the Founder and CEO of Zoom. Afterward, the finalists were treated to a Zoom call with their loved ones.

Ramella talked to her mother, Daniela, and told her she wanted to win the competition to give her a better life.

Sangalang called his wife, Kaye, and assured her that the next time they spoke, he would be “The ONE.”

Feeling extra motivated after talking to their family, the finalists entered the last physical task of the season.

They met with members of Evolve Fight Team, led by Head Coach Siyar Bahadurzada, to participate in a series of extreme workouts that would showcase their willpower and prove their mettle.

Workouts included a resistance band run, boxing focus mitts, and battle ropes. Ramella proved she could compete with Sangalang, a legitimate athlete, and showed incredible mental strength as she powered through the courses. For his part, Sangalang said Ramella was a worthy opponent.

Highlights of the finalists’ journey from the very first episode to the last reminded viewers of just how tough a road it was to reach this point.

Task Captain Dom Lau then gave both finalists an emotional send-off before the final business challenge of the season.

The finalists were put through the wringer in arguably the toughest job interview of their professional careers. But before they met with Sityodtong and Anthony Tan, Founder and CEO of Grab, Advisor Niharika Singh addressed some of their concerns and gave them a few pointers.

Sangalang felt his lack of credentials could hurt his chances at landing the job, but Singh assured him Sityodtong never made a decision on a potential hire based on paper qualifications.

Ramella worried that Sityodtong had doubts about whether or not she was right for the role. However, Singh peeled away at her layers and urged her to show more confidence.

Both finalists took turns interviewing for the role of ONE Championship Chief of Staff, speaking to both Sityodtong and Tan. They were asked typical interview questions, but with US$250,000 and the chance to become the ONE CEO’s protege on the line, each spoken word carried immense weight.

Sangalang emphasized his experience as a martial artist and said he understood the very ethos of ONE Championship, which is its athletes. Ramella said she banked on her fighting spirit to overcome tremendous challenges in life, which brought her to this very moment.

Ramella and Sangalang walked into the boardroom for the last time. There to meet them were Sityodtong and Singh as the final decision loomed. The ONE CEO recapped each candidate’s strengths and weaknesses, acknowledging their routes to the finale.

Sityodtong praised Sangalang for his integrity and ability to lead with calm judgement. However, he was worried about whether or not he could earn the trust of those he would be tasked to lead.

He praised Ramella for her wide range of skills, and for her grace and dignity in the face of adversity. However, he questioned her risk-taking ability and close-guardedness.

After each of the finalists were given the chance to make their final case, Sityodtong and Singh deliberated for the last time before annointing Ramella as “The ONE”.

Ramella was born and raised in Venezuela. She left her family in a difficult situation at 18 years old to carve her own path through life. She traveled from country to country, chasing her professional dreams in the cutthroat corporate world.

Eventually, Ramella landed a job as a Sales Director at a leading international software company in Singapore.

Throughout the show’s inaugural season, she has showcased her resourcefulness and superior problem-solving skills. Whenever she’s been given a task, she’s executed her role to near-perfection. Without a doubt, she has proven herself one of the most capable candidates in the competition.

As an executive, Ramella has a tremendous amount of experience. Still, she describes her greatest asset as being her biggest flaw being a perfectionist, and oftentimes, she comes off as too perfect, which is something Chatri has been wary of from the start.

Strategically, Ramella took very few calculated risks. She was only her team’s Project Manager once on the show, and she preferred to let others take the brunt of the pressure in the hot seat. This led to a clash with Nazee Sajedi, who felt she wasn’t stepping up to the plate enough. The two went back and forth for several episodes.

Ramella also earned the distinction of being the only candidate who never appeared in the bottom three of a business challenge. As a result, Sityodtong did not get to know her as well as the others. However, Ramella feels that shouldn’t be held against her.

Sangalang was born in Baguio City, Philippines. He was once a struggling alcoholic and a rebellious teenager who got into fistfights. He became a father at the tender age of 21.

Then at 23, Sangalang was diagnosed with appendiceal cancer. He survived the ordeal and was given a second lease on life, and that’s when he discovered martial arts. Eventually, he became a professional mixed martial artist. He even captured the URCC Featherweight Championship and held the belt from 2003-05. In 2005, he became a semifinalist on “Kamao: Matira ang Matibay,” the first boxing reality TV show in the Philippines.

In 2018, he became the first Filipino cancer survivor to finish the North Pole Marathon. That same year, he completed the inaugural Ironman Philippines and was promoted to a purple belt in Brazilian Jiu-Jitsu by Professor Fernando Salvador under the Pedro Sauer BJJ Association.

On “The Apprentice: ONE Championship Edition,” Sangalang built his reputation as being a “silent assassin,” a strong strategic threat, and a capable executive.

Throughout the season, he put in the work and shined from the sidelines. While other candidates engaged in corporate politicking, he meticulously crafted his competition strategy, which focused on strong execution and sly tactical decisions.

Irina Chadsey was the first to really catch wind of Louie’s game plan, but it was too late, and Louie had already established himself as a front-runner in the competition.