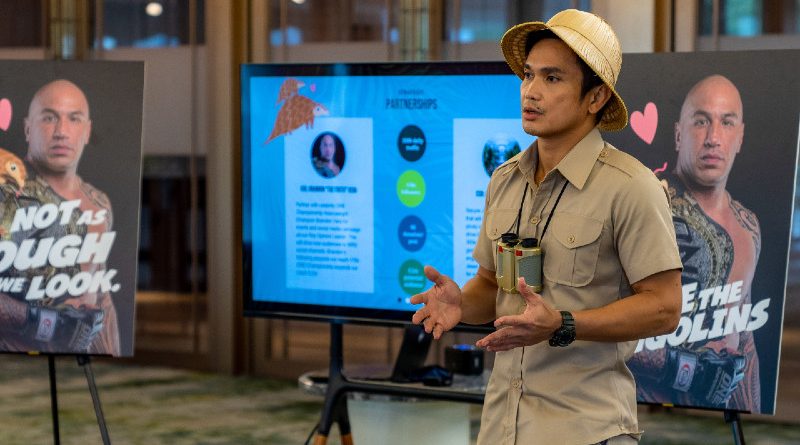 Louie Sangalang baffled his teammates with an unusual move but presented Team Valor colleague Eugene Chung a chance to be in the forefront of both the physical and boardroom challenges in Episode 7 of The Apprentice: ONE Championship Edition.

Sangalang, a trained mixed martial artist and former champion, bewildered the field as he pushed Chung in his stead in the one-on-one grappling match overseen by ONE Women’s Strawweight World Champion Xiong Jing Nan and ONE women’s atomweight contender Ritu “The Indian Tigress” Phogat.

Sangalang reasoned it was a matter of martial arts honor, citing the opponent’s white belt ranking.

The candidates were tasked with facing each other in a grappling challenge at Evolve MMA where the ground skills of Irina Chadsey, Monica Millington, and Chung towed Team Valor to three wins out of four matches, earning them the victory.

Sangalang said he saw the eagerness of his teammate Eugene to join the grappling challenge so he allowed the 23-year-old digital marketer to face off against the bigger, heftier Niraj Puran Rao of Team Conquest — a decision which raised eyebrows from both teams.

The Filipino candidate deferred to Chung anew in the business task where the candidates were challenged to create an advertorial for wildlife awareness.

“You were able to redeem yourself with the physical task and you’re riding that very high morale. It’s time for you to unleash your greatness,” Sangalang told Chung.

The competing teams had to put together a campaign for Wildlife Reserves Singapore under the watchful eye of Chatri Sityodtong, Co-Advisor Niharika Singh, and Melissa Kwee, CEO of the National Volunteer & Philanthropy Center.

Team Conquest, however, came up with an emotionally driven presentation in the pitch room, leading ONE’s Chairman and CEO Sityodtong declaring Team Conquest as winners in the episode.

It was a heart breaker as Sangalang’s Louie’s gamble eventually cost Chung his spot in the competition and  might have backfired on the all-important intangible item in competition, team chemistry.

Team Valor’s loss in the business task was most probably due to Chung’s evident poor leadership skills.  His other teammates took notice and not all are happy with the decision.

More than his decision to sit out the grappling task, Sangalang’s motives were further questioned when he proposed Chung take on the role of project manager for the business task to promote awareness for the contributions of Wildlife Reserves Singapore (WRS).

“I appreciated that Eugene stepped up, but when I tried to reflect on the logic, (it looked like) a strategic move. I know that Louie’s a smart and strategic competitor,” said Irina Chadsey, of Team Valor.

“I think Louie just wanted to put Eugene in a position where he’s either gonna make it or break it, and I truly believe that Louie thinks Eugene is going to break it,” remarked Team Valor colleague Monica Millington.

“I’m still not 100-percent confident he’s telling me the truth,” added Chadsey. “I have all the respect for Louie, but in a strategic perspective, he’s very clever. I’m not accusing Louie doing something wrong but perhaps I would not play mind games like he does.”

“It was actually the three of us working together and caring for a child,” Sangalang said in a bitter realization of his wrong judgment in entrusting the reins to Chung. “Eugene has been through a lot of rough times starting from the first week. To be honest, I really wanted Eugene to redeem himself and prove that he’s not a quitter.”

It truly was an eye-opener, not just for Sangalang, but for the seven other remaining candidates. In this high-stakes game of business and physical challenges to get the US$250,000 job offer to work as Sityodtong’s protégé and chief of staff at the ONE Championship Global Headquarters in Singapore for a year — one must always do what is right.

Sangalang is well aware of the stakes and understands that it is on him to make the right decisions to truly be hailed as “the one.”

The first season of “The Apprentice: ONE Championship Edition” has 13 episodes and can be seen in the Philippines on Thursdays, 8:50 pm on AXN cable network and on Mondays at 9 p.m. on One Sport.