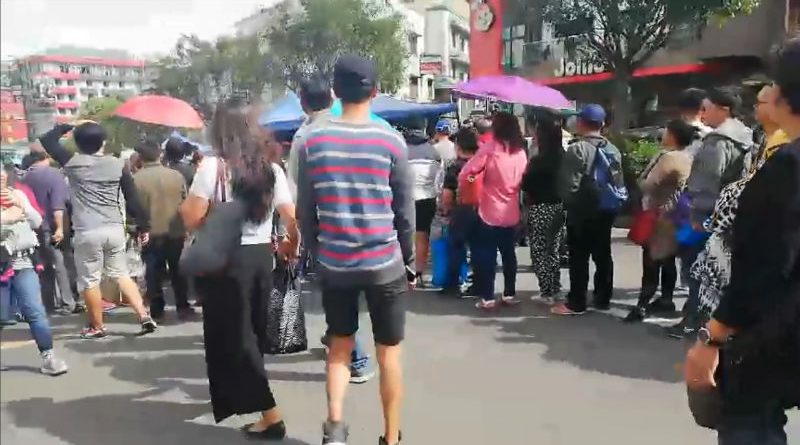 BAGUIO CITY – The local government expressed satisfaction on the outcome of the sale of assorted fruits from Mindanao along Session road last week considering the overwhelming support showed by residents and tourists alike to the said endeavour that was done in close coordination with the Mindanao Development Authority (MINDA).

Mayor Benjamin B. Magalong issued Executive Order No. 072, series of 2019 allowing the operation of the MINDA fruit festival on Sunday, September 1, 2019 along Session road pursuant to Article 45 of the internal rules of procedures of the Local govermemnt code that allows the temporary closure of any national or local road for the conduct of industrial and agricultural fairs wherein the duration shall be specified.

The city chief executive stated the first MINDA fruit festival last Sunday was successful as many residents and tourists were satisfied with the outcome of the sale of the fruits from Mindanao on the portion of Session road that was closed for pedestrianization.

He apologized for whatever hitches encountered by the public during the initial staging of the MINDA fruit festival as the local government had only 4 days to prepare for the said activity.

Earlier, Piñol also apologized for the inadequate supply of fruits brought to the city courtesy of the Philippine Air Force that were sold along Session road and assured a bigger volume of fruits will be shipped to the city for a repeat event in the coming weeks.

The city government and MINDA will be forging an agreement to formalize the barter of Mindanao and Cordillera products to provide added markets for the products of the two regions and for people in both place to have the chance to purchase the said products at much cheaper prices compared to prevailing market prices.

Under the proposed agreement, the middlemen in the value chain will be significantly reduced as the fruits of Mindanao farmers will be given to the Mindanao consolidator, with the same arrangement for Cordillera products with a Baguio consolidator, which will then be distributed to vendors in the respective venues.

The MINDA chairman claimed that the next delivery of fruits from Mindanao will be a much bigger volume as they did not expect that the 22 tons of assorted fruits they brought to the city last Sunday was immediately consumed in a span of around 4 hours.

He stated that MINDA will directly get in touch with the economic enterprise office that will be established by the city government to ensure consistency and sustainability in the implementation of the barter program to benefit both regions.

On the other hand, the city government will evaluate the outcome of the first and second MINDA fruit festival in the city to make proper adjustments for forthcoming similar events to address issues and concerns raised by the public.

By Dexter A. See
Banner photo. Baguio residents and visitors line up for a chance to buy Mindanao fruits during initial staging of the MINDA fruit festival. Photo by Rosalia T. See