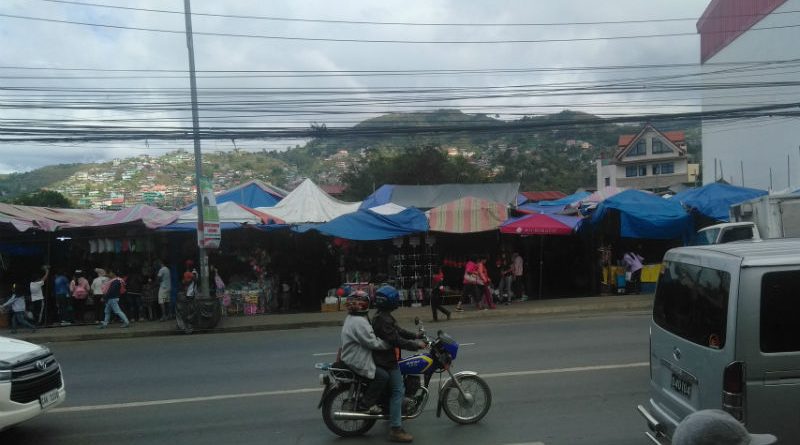 LA TRINIDAD, Benguet – Mayor Romeo K. Salda expressed his gratitude to the organizer of a trade fair that initially operated in a private property along Km. 5, Balili, here, for complying with the cease and desist order and the subsequent closure that was issued for the various violations that were discovered by the local government’s technical personnel.

Salda pointed out that the local government is firm with its previous position in the issuance of the cease and desist order because of safety issues and the subsequent closure order because of the failure of the lessees to secure the necessary permits for them to be allowed to sell their products in the trade fair area.

“We are grateful to the trade fair organizer for her compliance to the two orders that were issued against her. We would just like to state that we were just implementing the prevailing rules and regulations governing the put up of structures and the conduct of business activities in the municipality. We will apply the same to everyone regardless of their status in the society,” Mayor Salda stressed.

The local chief executive underscored that the local government welcomes anyone who wants to do business in the municipality but what is important is their compliance to the prescribed rules and regulations governing the conduct of business activities and the same should be clear to them so that whatever the actions of the local government will not be misinterpreted.

Last December 20, 2019, the municipal government issued a cease and desist order against the trade fair operator upon the recommendation of the technical personnel of the Municipal Engineering office after it was found out that the structure that was built over the private property seem not to be stable.

Further, it was also discovered that aside from having no building permit for the structure that was built, the lessees that stated selling their products had no business permits which is a requisite prior to the conduct of business activities in the municipality.

According to him, the municipal government will remain consistent in applying the law to anyone who will be found to have violated the same because municipal officials want to show to the people that it is firm in enforcing what should be implemented, especially against erring individuals who want to get one over the local government.

The controversial trade fair started in the middle of December last year even if the operator was not able to secure the prescribed building permits for the structure and the business permits for the over 40 lessees that started selling their products in the alleged defective structure.

He said that organizers of trade fair are open to conduct their desired income-generating activities in private and public places in the municipality provided that they will comply with the pertinent requirements that had been provided in the local revenue code and other ordinances that were crafted for the said purpose.

The conduct of trade fairs in the municipality is fast becoming an attraction considering that the products that are sold in the stalls that are established are the produce of local agriculture industry stakeholders.

This post has already been read 349 times!LA TRINIDAD, Benguet –  Benguet Caretaker Congressman and Anti-Crime and Terrorism through Community