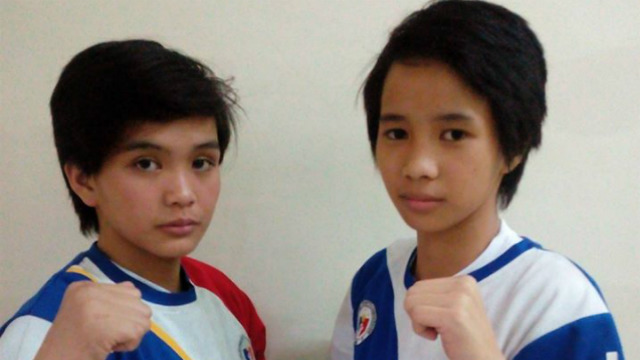 Sablan, Benguet – When Rosemarie Recto got selected to participate in the International Federation of Muaythai Amateur (IFMA) Muaythai World Championships last August 1 to 11, 2017 in Bangkok, Thailand, she did not have enough finances to make the trip, with her family’s modest income mainly coming from farming.

Her coach, Bryan S. Olod, of Team Kafagway MMA and also her teacher in Sablan National High School, got a lobby going, seeking generous supporters for some help. And they did pull enough to send Recto to Thailand.

Recto dropped a heartbreaker 28-29 decision to Portugal’s Teresa Moreira in the 16-17, 48 kg category, a loss that limited her to just one bout and put an end to her attempt to advance to the tournament.

Recto acknowledged that while she lost the fight, she did learn new things from the experience to be used in future competitions. “The difference in winning and losing is most often not quitting”, she said

“I would like to express my heartfelt gratitude to all those who helped and supported me make it to Bangkok, Thailand. It was an honor and a privilege to represent our country in the World Youth Muaythai Championship.

“I might have lost this fight but it taught me great humility and sportsmanship. Be rest assured that I will double my efforts to all my upcoming fights. I hope you continue to support me and the rest of our Igorot athletes as we continually represent our tribe. Thank you very much, sala-salamat son sika jon emin.”, she ended.

Meanwhile, Olod advised Recto to keep her head up despite the loss and keep fighting.

Recto and schoolmate Liane Benito, also a participant in the World Championships, were the recent talk of the town because of their exploits. They also put their school to the limelight as the school was featured in a morning show of a local TV station and also that of a local radio program.

Benito fared better, contributing a silver to the total haul of three silvers and two bronzes by the 8-man strong Philippine contingent.

The 15-year old native of Bayabas, Monglo, Sablan won her elimination and semifinals matches before yielding to an Australian in the finals in the 14-15, 45 kg category.