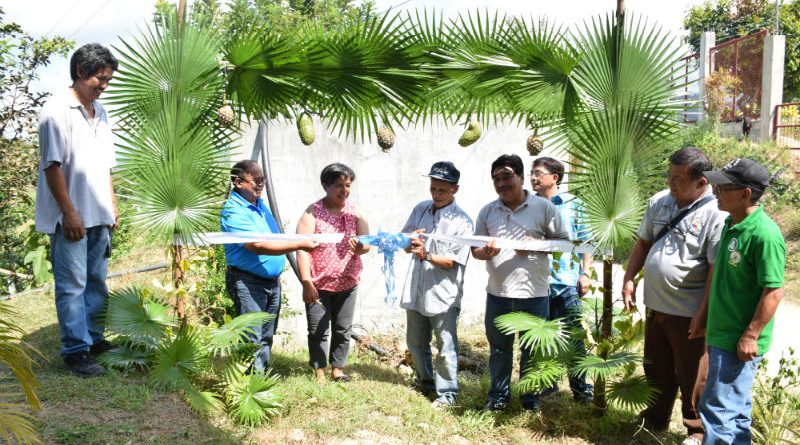 This developed during the inauguration and turn-over ceremony of the Bayabas CIS from the National Irrigation Administration-CAR (NIA-CAR) to the Bulala Irrigators’ Association (IA) and the Calamay IA at Bayabas, Sablan, Benguet on March 7, 2018.

Sablan Vice Mayor Manuel Munar and Joseph Galaw-ey from the Office of the Governor expressed their appreciation to all the beneficiaries of the irrigation system for being active participants that lead to the successful completion of the project. They both urged the beneficiaries to continue their unity in the operation and maintenance of the irrigation system now that it is turned over to them.

Munar further urged the IAs to paint the reservoir tanks and inscribed the name of their association in them as gentle reminder of their success as well as continued maintenance to sustain the efficiency of irrigation to their farms.

The project was funded by the Comprehensive Agrarian Reform Program (CARP) with a total of five million pesos and implemented by the NIA. It was divided into two sectors–Calamay Sector and Bulala Sector. The Bulala Sector with water source from the Ubbog Spring has four reservoir tanks and 4.32 kilometers of pipelines. This sector of the Bayabas CIS will be operated by the Bulala IA with 20 members covering 15 hectares.

The Calamay Sector of the irrigation system was earlier turned over on February 27 to the Calamay IA which has 34 beneficiaries with a total aggregate service area of 35 hectares. With water source from the Ambingel Creek, this sector has five reservoir tanks and 5.18 kilometers high density polyethylene pipelines.

According to Maria Theresa Manuel, Irrigators Development Officer of NIA, the irrigation facilities of the Bayabas CIS were first constructed by the NIA and the farmers in the mid-1980s and 1990s. Repair of the system included replacement of the corroded GI pipes into high density polyethylene pipes and construction of additional reservoir tanks. //Noimie S. Budoy and Kimberley D. Eday