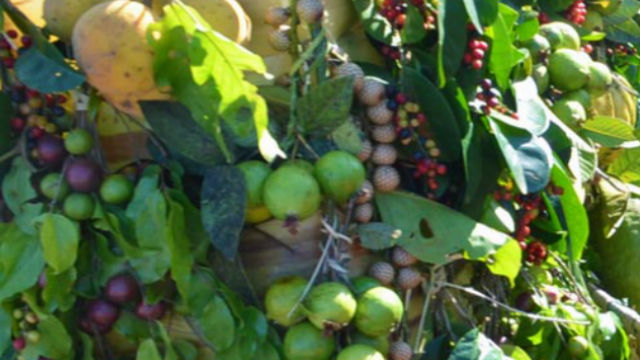 SABLAN, Benguet  – The municipal government is now on the final stages of the ongoing for the conduct of the town’s 5th edition of its fat growing Fruit festival on September 2-4, 219.

Vice Mayor Arthur Baldo said that the committees tasked to oversee the overall conduct of the activities that will be line up for the 3-day event were already organized and re now preparing for the town’s crow drawing event geared towards enticing people to visit the fruit producing municipality.

“We are keeping our fingers crossed that no destructive weather disturbance should visit our region in the next several weeks so that there will be no unnecessary damages that will be inflicted in our fruit industry which will be the highlight of our upcoming fruit festival,” Vice mayor Baldo stressed.

The town’s fruit festival was conceptualized during Vice Mayor Baldo’s term as the local chief executive primarily to help in promoting the different fruits that thrive in the municipality in preparation for its being groomed as the fruit basket of Benguet and an emerging producer of quality lowland and highland fruits.

The vice mayor disclosed that the local government is trying to work on the  promotion of its 18-hectare rambutan plantation in barangay Pappa once the plants will start bearing fruits in time for the conduct of the fruit festival, one of the well-attended festivals in the region to date.

According to him, the local government is also implementation and innovating on the existing programs to help sustain the identity of Sablan as the producer of quality pineapples which has been its identity for decades now.

Vice mayor Baldo claimed that the municipal government is prepared to host the influx of visitors from different municipalities inside and outside the Cordillera who want to witness the conduct of its annual crowd drawing event for them to emulate similar activities applicable in their places that will help in improving the conduct of their festivities.

Sablan is a fifth-class municipality located in the western portion of Baguio City that has a population of some 11,457 distributed in the town’s 8 barangays.

Part of the initial activities that will be lined up for the 3-day festival will be the agro-industrial fair wherein different fruits that thrive in the municipality will be displayed and sold to the public side from the handicrafts and other agricultural products of the locality, the streetdancing and float parade from the participating barangays that depict the different fruits that thrive in the municipality among other activities that will entice people to visit the municipality during the said occasion.

Baldo appealed to residents and visitors alike to make sure that they will join the constituents and officialdom of Sablan during the numerous activities that will be lined up by the organizing committee for the upcoming fruit festival which has become one of the well-known crowd drawing events in the Baguio-L Trinidad-Itogon-Sabln-Tuba-Tublay (BLISTT) area.

He rallied concerned sectors to also help in aggressively promoting Sablan as one of the preferred tourist destinations in the region because of the abundance of quality fruits that are being produced in the different parts of the municipality. By HENT