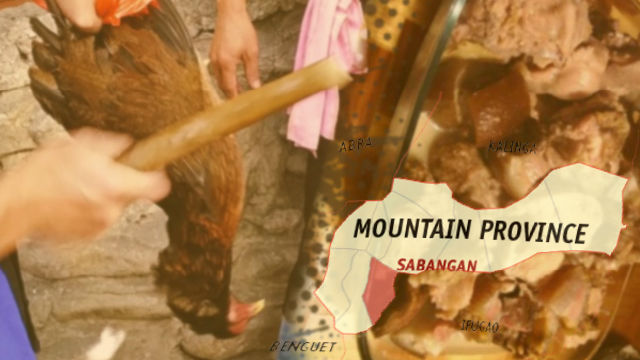 SABANGAN, Mountain Province  – Tired of hearing many complaints from their constituents, the  Sangguniang Bayan(SB) Members of the Municipal Local Government Unit of Sabangan, Mountain Province passed a second resolution last May 19, 2017 fervently following up their initial request to the Department of Public Works and Highways (DPWH) coursed  through the Office of the President, to expedite the completion of the Sabangan Jumbo Bridged located at Nacagang, Tambingan, Sabangan, Mountain Province which is now gaining its popularity due to its long-delayed completion since its construction started 4 years ago and the subject of unpleasant  comments among netizens.

As per record of the Sangguniang Bayan Office, the SB members passed a resolution and submitted it to the DPWH  Secretary, Hon. Mark A. Villar,  through the Office of the Mountain Province District Engineering Office(MPDEO) sometime on December 6, 2016,  respectfully appealing to the Hon. Secretary to expedite the completion of the Sabangan Jumbo Bridge located at Nacagang, Tambingan, Sabangan, Mountain Province but to the dismay of the SB members, there was no reply coming from the Office of the DPWH nor from the MPDEO which is very unusual and leaving the SB members wondering what went wrong or what happened to their request  because as per Republic Act 6713 establishing the code of conduct and ethical standards for public officials and employees, it is the duty of public officials and employees to respond within 15 days to report action the have taken on the complaint.

According to Mr. Theodore M. Velasco, SB Legal Research Officer, the MPDEO has not given the SB members any feedback on what happened to their resolution. “As a standard operating procedure, the  MPDEO should have notified the SB members if they have forwarded the resolution or have thrown it in the waste can labeled “nabubulok” or just simply inform them through text messages if they are too busy with their roadworks,” Velasco added.

It is to be noted that the Nacagang Bridge was abandoned by the contractor and had kept the constituents of Sabangan and other daily commuters passing the bridge in big question mark what happened. The land owners were rumored to have stopped the project but then they have publicly posted in the area and even in the social media that there is no problem on the road-right-of-way of the bridge but instead it is the DPWH and the poor performance of the contractor that is impeding the completion of the much-awaited bridge.

This post has already been read 438 times!Biscuit and snack food giant Rebisco is all-out for Philippine volleyball. The main