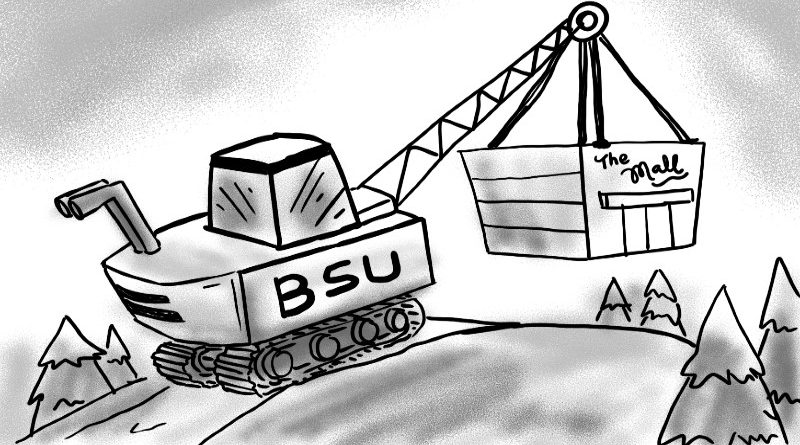 Development is inevitable in the areas of jurisdiction not only of local governments but also in government instrumentalities. Numerous projects could be undertaken in the properties of government institutions to maximize their potential of generating added resources to the agency, local government, state educational institutions, among others. However, the implementation of the desired small- medium and large-scale projects must undergo the required processes prescribed under the pertinent provisions of Republic Act (RA) 9184 or the Government Procurement Law. There are prescribed processes that should be undertaken in the leasing out of government properties so that agreements ensure that the government gains instead of losing the benefits it should gain from such developments.

In La Trinidad, there was a previous plan by the former administrations to put up a mall right in the heart of the valley, particularly within the property owned by the municipal government along Km. 5.  However, this has been stalled for over a decade because of the stiff opposition by the residents and unaddressed concerns brought to the attention of the developer by local officials. Incidentally, the local government is considering the rescission of the contract between the developer and the local government and let the property remain as a parking area to suit the increasing demand for parking areas triggered by the huge volume of vehicles flocking to the municipality for whatever transactions.

On the other hand, the State-owned Benguet State University (BSU) entered into an agreement with Graceland Corporation for the put up of a 4-story mall within a 4,000-square meter area owned by the institution. It is envisioned to serve as part of the training ground for students among other purposes where the lease rental is only P130 per square meter compared to the P450 per square meter lease rental being charged by the university from leaseholders within the area of the school. Luckily, the administration of former a BSU president did not implement the project as he knew that the project did not pass through the stringent processes.

Lately, the people of the municipality were surprised that the present BSU administration worked out the groundbreaking of the proposed mall by the developer even without presenting the required permits and clearances from concerned government agencies and the municipal government. Worst, the developer even went to the extent of advertising spaces for lease in the proposed structure to interested stallholders despite the absence of the required permits.

We certainly agree on the questions being raised by concerned sectors in the municipality on why was the present university administration is too eager to push through  the project even without the required permits. What we understand if there is a groundbreaking of a project is that developers have completed the required documents for the implementation of the project from the concerned government agencies and the host local governments. Unfortunately, in the case of the proposed BSU mall, the situation is a total reversal of the real situation on the ground. It is also unavoidable that people will suspect that there is something questionable about the project that is why BSU officials and the developer seem to be rushing things as if they are running against time.

Now, even indigenous peoples who have stake on vast tracks of land in the municipality are raising an uproar over the project as they threatened to take back their lands if the same will not be used to advance the education needs of the youth. Maybe the university officials who are evidently defensive about the project could reason out that the mall will definitely help in advancing the education needs of the youth but it is obvious that it is intended for business. There is also a question on transparency over the aforesaid project because the agreement between the university and the developer remains a mystery contrary to the requirement that project documents should be readily available for people wanting to scrutinize the same. What should be in the minds of the concerned university officials is for the greater advantage of the institution.

We have no opposition to the project if passes the stringent processes required for its implementation but it seems the developer is only just starting to work on the requirements only after there was a public clamor.