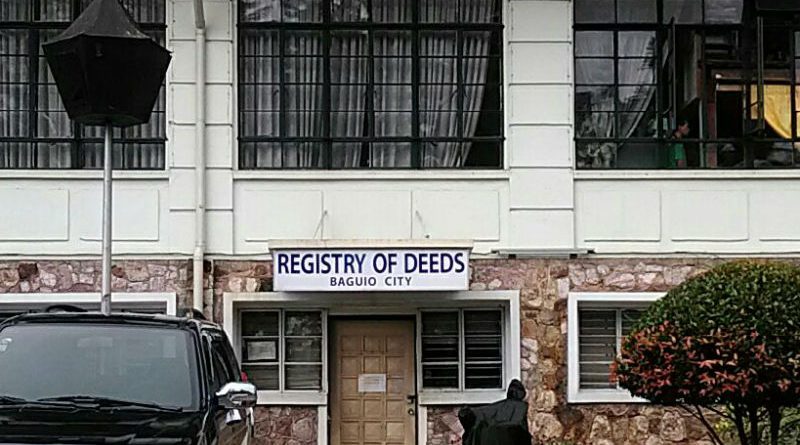 BAGUIO CITY – Acting City Registrar Rodil Rivera declined the latest invitation to appear before the City Council saying the issues concerning his office have been referred for resolution by proper authorities even as he lamented being “unfairly judged of committing ‘anomalies’ without having been extended the… right to due process.”

In his reply to the City Council dated May 17, 2018, Rodil said he would not have minded attending the session as a “resource person” on matters affecting the services of his office but he balked as the transcripts of previous Council proceedings furnished him along with the invite showed him being cast as an “accused” rather than a “resource person.”

“Scrutiny of the transcripts… reveal that your Registrar and/or his office has already been unceremoniously accused most unfairly of wrongdoing without having been furnished of formal complaints of persons who even admitted they are friends of the Vice Mayor,” he wrote.

“Without bases, (I was) threatened to be ‘thrown out’ or be ‘sent to the Abu Sayaff’ by no less than the Vice Mayor himself; unfairly judged to committing ‘anomalies’ without… due process; (and) threatened to be replaced by somebody from Baguio City so that transactions with the Registry of Deeds would be easier or smoother,” Rodil rued.

“What is even more disturbing is that while Atty. Frisco Domalsin who attended your sessions admitted on record to offering P50,000 as ‘compromise’ to an ROD staff, some members of the Council even looked beyond his possible commission of ‘corruption of public officials’ as defined under Art. 212 of the Revised Penal Code… to form an unfounded conclusion in the minds of people that the ROD was up to no good,” he added.

Asked to comment, Vice Mayor Edison Bilog said it is sad that Rodil blew the last opportunity given by the City Council for him to air his side on the controversy.

“I wonder what he is afraid of because if he has nothing to hide he should be willing to show himself to us, explain his side and clear his name or that of any of his personnel because it’s his obligation to do so as a public servant. Right now it seemed to me that he is making all excuses just so he won’t face us,” he said.

Bilog said he proposed two resolutions before the City Council respectively requesting the National Bureau of Investigation to conduct a probe in to the alleged irregularities at the ROD and requesting Land Registration Authority Administrator Renato Bermejo to transfer Rodil and several personnel of the ROD pending the NBI investigation.

The measures was discussed in the Body’s next session last Monday.

In his letter, Rodil said he does not want to “waste the Council’s time anymore” since the root cause of the issue – the differences in the interpretation of Section 4 of Presidential Decree 957 in relation to Ordinance No. 19 series of 2009 between his office and the City Council – has already been referred to the Housing and Land Use Regulatory Board (HLURB) and they might as well wait for the answer to put the matter to rest.

“In the same manner, (I) had written the City Assessor… hoping that whatever perceived glitches in the processing of residential free patents may be solved else be subject of City Council legislation,” he said.

“It is prayed that our good City Councilors exercise patience and sobriety as we await answers to the undersigned’s inquiries before the same issues are tackled anew.”

He assured that he is “most willing to answer promptly any written inquiries which the (Council) may have concerning the ROD.”

“In the meantime, please allow us to attend to transactions pending before our office with the guarantee that the same shall be acted upon or denied promptly as the case may be,” he said.